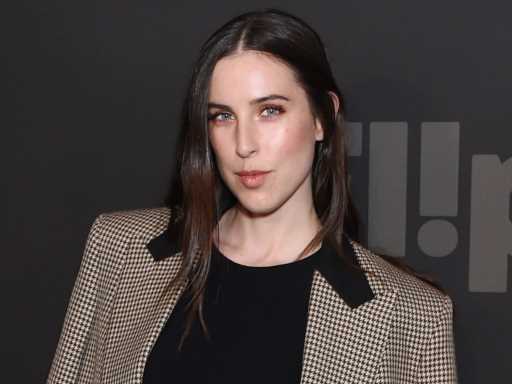 Demi Moore’s daughter Scout Willis looks breathtaking in this new, bare-faced snapshot. On April 14, Willis posted a gorgeous selfie to her Instagram story. She posted it with the caption, “Prioritizing pleasure” along with tagging the brands James Cosmetics and Sleep Artisan.

In the photo, we see Willis looking amazing while she’s unwinding for the day. She’s wearing clear eye masks, a head wrap, and comfy clothes as she lays down for the night. Literally, she looks so angelic in this no-makeup selfie and we can’t stop staring!

Willis frequently wears either no-makeup or very natural makeup looks most days unless she’s in character for her music. With either no makeup or crazy eye looks, Willis is always stunning.

In a previous interview with Elle back in 2014, Scout said she admires artists like Rihanna and Miley Cyrus who do what they want despite what people say. “I grew up in the [Hollywood] culture, and it’s always been weird. But lately, celebrity has gotten pushed to a place of such absurdity because of the way we can consume images 24/7. So the cool thing is that now it’s become a kind of performance art, where certain celebrities—especially young women—are taking ownership of the invasiveness that comes with fame, and they’re turning it on its head.

She added, “Rihanna’s a good example. She’s like, ‘I’m gonna do whatever I want,’ and that’s cool. People like her, and like Miley Cyrus, they’ve been told they have to play into this role of being a ‘glamorous’ young woman, and they get sh*t on with this madonna-wh*re complex.”

She ended it by saying, “And if they refuse to play the game—be a perfect, prim, good girl and have your shit together and wear what your stylist tells you—then you’re labeled crazy, like Miley.”

Before you go, click here to see celebrity kids who are all grown up.