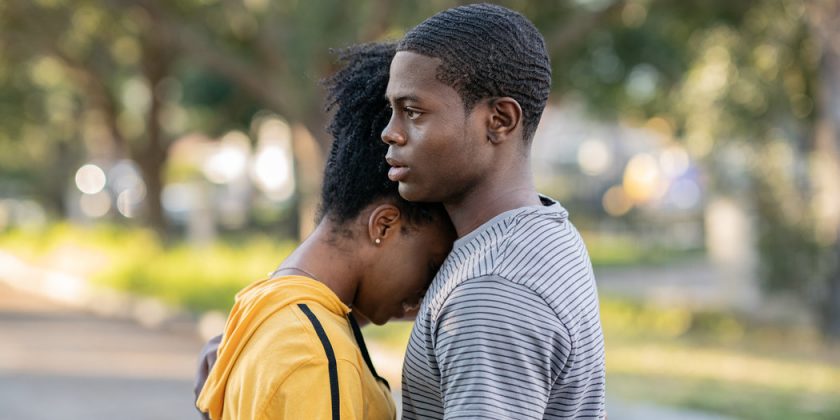 “Yeah, I’m real,” says Femi, a sharp-witted transgender den mother to abandoned youth, during the second episode of “David Makes Man.” Emerging out of nowhere with a group of homeless teens, Femi offers the 14-year-old David water and protection as he walks home with drugs he has been forced to carry. She is one of the show’s several characters who could be real or a figment of David’s vivid imagination.

“You didn’t see all these eyes on you?” she asks. “That’s all right, everybody don’t need to see everything.”

It’s a representative exchange on a show that may blur reality and fantasy at any given moment. But it also continues the nuanced explorations of black boyhood by the writer Tarell Alvin McCraney, best known for his Tony-nominated play “Choir Boy” and as a writer of the Oscar-winning “Moonlight.” And while “David Makes Man” shares a Miami setting with “Moonlight,” its 10-hour arc enables McCraney, who grew up there, to flesh out the hopes and tragedies of an entire South Florida black community.

The series, which premieres Wednesday on Oprah Winfrey Network, follows David (Akili McDowell) as he navigates life in a public-housing project while dealing with multiple pressures: to sell drugs and help support his family, but also to succeed as one of the few black students at his magnet school. Complicating these challenges is the death of Sky, a drug dealer and father figure who continues to mentor David by appearing to him in visions after he dies.

“The show came about because I was trying to track down those moments of trauma that were making it difficult for me to enjoy the moments of relative success that I was having,” McCraney said in a phone interview last month. “So many great things were happening for me, and I’d find myself depressed, in a fetal position, and then I realized I did not know how to be in the moment, take care of myself, love my body, my space, and the people around me.”

“I wondered why I didn’t learn those things,” he added. “I was surviving rather than living.” 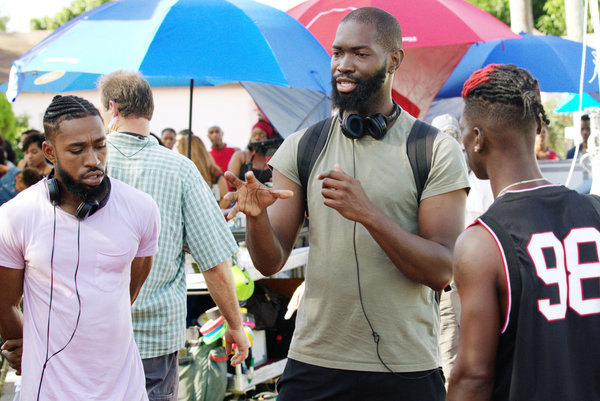 When McCraney turned to his past in order to heal, he began to conceive of his title character, David, a dark-skinned African-American wunderkind who is mired in poverty, racism and colorism. Michael B. Jordan, who is an executive producer for the show, noted how similar his own childhood in Newark, N.J., was to McCraney’s.

“We thought it was important,” Jordan said, “to show other kids that have similar experiences or live in a similar situation that you can take the stereotypical disadvantages that you grew up with and turn them into strengths.”

And it was this complex portrayal of childhood trauma that caught the eye of Oprah Winfrey, who first heard about the show’s concept by chance. In 2017 she happened to attend a meeting just a few rooms from where McCraney and Jordan were promoting the show, and Winfrey said she had intended to stop by briefly to greet them.

Once McCraney started relating his personal path to this story, though, she was so captivated that she sat through their entire presentation.

“It was the best pitch I’ve ever heard,” she said.

The show’s slow-paced, hyper-vibrant aesthetics, steeped in magical realism, make “David Makes Man” the most experimental show on her network. But Winfrey was drawn mainly to David’s desire to work through tragedy.

“Everything we know about trauma is that most kids who’ve experienced it have trouble regulating themselves,” Winfrey said by phone. “And when David has trouble regulating himself, he dissociates and his imagination takes over. I love the fact that the show doesn’t pause to explain what is happening in his head. We just see him navigating between these two worlds.”

McCraney and the showrunner Dee Harris-Lawrence (“Shots Fired,” “Unsolved: The Murders of Tupac and the Notorious B.I.G.”) knew they had to push the limits of realism in order to capture the creativity and coping mechanisms of David’s mind. Much like “Six Feet Under” and “The Leftovers,” the series explores the boundaries between life and death; it does so, in part, by referencing West African spiritual practices such as ancestor worship and divination rituals.

“We had a lot of practical conversations about how to show his imagination,” Harris-Lawrence said. “We weren’t ‘Krypton’ and did not have a lot of special effects. So we went to all the different departments helping us make this show and asked them to think out of the box and use sound, color and music differently, beyond their usual television tropes.”

As a result, “David Makes Man” upends preconceived notions about so-called urban dramas and the black characters they feature. Just as he did with “Moonlight” and his other previous works, McCraney turns the coming-of-age story into a complex treatment of black interiority and resilience.

“He always gives us multiple layers of black masculinity,” said E. Patrick Johnson, the author of the book and one-man show “Sweet Tea: Black Gay Men of the South — an Oral History.” “In one character, you may have a whole range of masculinities. The person who you perceive initially as a queen is the same man, or boy, that may, on the turn of a dime, become probably the most traditionally masculine person standing before you.

“In his art,” Johnson added, “masculinity is seen as a performance that has a whole range of modes and expression.”

That fluidity shows up in the series’s portrayal of the inner lives of its black male characters, as well as in the way it centralizes gender nonconforming characters like David’s neighbor Mx. Elijah (Travis Coles), whose nurturing spirit, along with those of David’s mother (Alana Arenas) and teacher (Phylicia Rashad), are all essential to David’s maturation.

In the end, we begin to see the world not simply as David lives it, but as he wills it to be. And “David Makes Man” emerges as one of the most innovative television shows debuting this year.

Jordan said he hoped it would also inspire children growing up the way he did.

“We want to show a way for them to take their reality and turn it into a dream and a bigger opportunity,” he said. “And that your imagination is sometimes the only safe place that you have.”

Salamishah Tillet is a professor of African-American and African studies and creative writing at Rutgers University, Newark. @salamishah