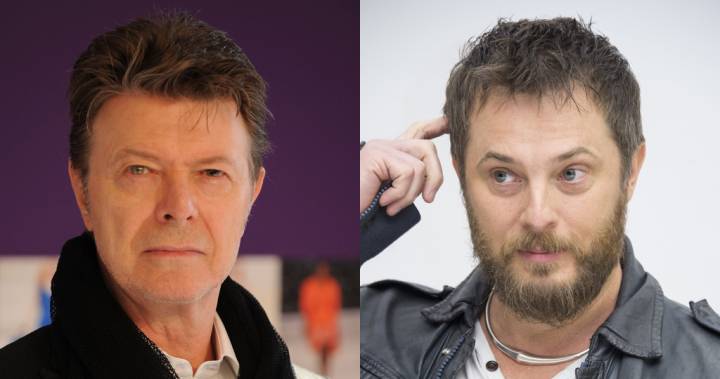 There’s now a David Bowie-inspired movie in the works by Salon Pictures, with British filmmaker Gabriel Range (Death of a President) tapped on as its director.

English musician and actor Johnny Flynn (Beast) was revealed as the lead role on Wednesday. He will play Bowie. The unexpected flick has been tentatively titled Stardust and is set to begin production this June.

In light of the news, Bowie’s 47-year-old son, Duncan Jones, took to Twitter to share his thoughts on the movie.

Jones revealed that while he has no involvement with the Salon Pictures project, the company hasn’t ever reached out to the Bowie estate — let alone asked for permission to use the late legend’s music.

“If you want to see a biopic without his music or the family’s blessing, then that’s up to the audience,” he wrote.

Stardust will reportedly be set in the early 1970s before Bowie’s career lifted off. It will follow his first visit to the U.S. and the events that inspired him to create his world-renowned alter-ego, Ziggy Stardust.

Johnny Flynn of Johnny Flynn & the Sussex Wit performs on the Mountain stage at Brecon Beacons on Aug. 18, 2017, in Brecon, Wales.

When first asked what he thinks about Flynn taking on the role of his father, Jones diverted his opinion to a larger-scale concern.

“Pretty certain nobody has been granted music rights for any biopic,” he wrote on Twitter. “I would know.”

“I’m not saying this movie is not happening — I honestly wouldn’t know — I’m saying that as it stands, this movie won’t have any of dad’s music in it and I can’t imagine that changing.”

As of this writing, it’s unclear whether Salon Pictures has reached out to the Bowie estate. However, it’s clear that Jones nor any other members of Bowie’s immediate family have offered Range their blessings.

“It’s alright,” replied a fan. “They’re going to make it with Queen songs instead. Brian May has OK’ed it.”

“Haha!” replied Jones. “Elton John will be writing the theme tune,” he joked with a winking emoji.

As an indirect response to Jones’ comments, one of the film’s producers, Paul Van Carter, reportedly spoke to Entertainment Weekly, revealing that the Stardust team never had any intentions of using Bowie’s back-catalog.

Van Carter added that while many fans may be under the impression, the film is not intended to be a biopic or on a scale as huge as the recent box-office-dominating Queen biopic, Bohemian Rhapsody (2018).

“We would like to clarify that this film is not a biopic, it is a moment-in-time film at a turning point in David’s life,” said Van Carter. “A very sensitive one, an homage about a very unique moment in his life.”

“It is not reliant on Bowie’s music,” he clarified. “Our original press release did state this. We always knew that we weren’t going to.”

“Much like Nowhere Boy for John Lennon or Control for Joy Division, the production uses period music and songs that Bowie covered, but not his original track,” he added. “We wouldn’t lie about something like that.”

In regards to the Bowie estate, Van Carter revealed the Salon Pictures approached them before they began drafting their ideas.

“We offered to send the screenplay and make the estate involved in the creative process,” he continues. “We were told there wouldn’t be approval from the estate.”

Many preferred the idea of casting English actress Tilda Swinton for the role of Bowie opposed to the already chosen Flynn.

David Bowie performs live on stage at Ahoy in Rotterdam, Netherlands, during the ‘Sound + Vision tour’ on March 30, 1990.

Jones admitted if author Neil Gaiman (Stardust, The Sandman) ever chose to write a Bowie biopic, that he would indeed have his blessing.

He included director Peter Ramsey (Spider-Man: Into the Spider-Verse) in the gushy tweet, hinting that he’d love to see an animated look into Bowie’s characters.

“If Neil Gaiman wanted to write something using dad’s characters, and Peter Ramsey and his team wanted to make it as an animated film, I would urge everyone on my end to pay attention and give the pitch serious consideration,”  he wrote again with a winking emoji.

“You are the best. Thank you,” replied Gaiman. While Ramsey was not so sure. “I am not worthy,” he wrote.

Bowie tragically passed away after a lengthy battle with liver cancer. He died in his New York City home on Jan. 10, 2016.