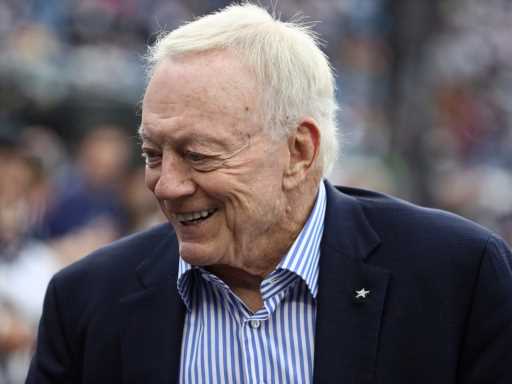 Dallas Cowboys owner Jerry Jones is one of the most prominent public figures in the state of Texas, but he might have been keeping a very big secret. On Wednesday, the 79-year-old businessman was sued by 25-year-old Alexandra Davis, who claims he is her biological father.

Her mother, Cynthia Davis, allegedly had an affair with the very-much-married Jones in the mid-1990s and conceived their daughter, according to The Dallas Morning News. Cynthia and Jones reportedly came to an agreement in 1998 which established financial support for the mother and daughter as long as he wasn’t publicly named as the child’s father. Cynthia received a lump sum payment of $375,000, and a trust fund was established for the young girl that was funded until her 21st birthday, according to AP. Now, Alexandra is hoping the court will find that document null and void since it was something agreed upon without her consent.

The alleged affair occurred while Cynthia was separated from her then-husband, whom she divorced after Alexandra’s Dec. 16, 1996 birth. Cynthia’s former husband was determined not to be her biological father, per court documents obtained by Bleacher Report. Jones has been married to his wife, Eugenia, since 1963, and they are the parents of three children together. Jones has never met Alexandra, but the court papers indicate that he’s still in touch with Cynthia. Jim Wilkinson, a spokesman for Jones, declined to comment to the AP about the case.

Per the lawsuit filed earlier this week, the only other time Alexandra Davis revealed these allegations was “when she had to obtain security clearance from the FBI to work in the White House for President Donald Trump,” for whom she served as an aide during his administration. It is unclear why she chose to file the case now after so much time has passed, but the mother-daughter duo has been in the public eye for years now — they participated in the reality TV show, Big Rich Texas, in 2012.

The legal case will move forward with a hearing on March 31.