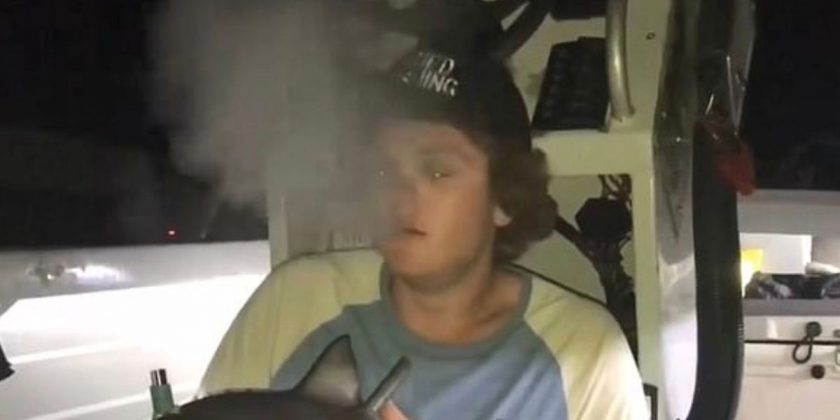 This is the sick moment a fisherman used a dead shark as a BONG – before smoking it to the popular ‘Baby Shark’ song.

In footage that has been slammed for being “cruel”, the Australian man can be seen grinning as he bops his head to the tune.

The clip shows him onboard a boat holding the small predator, which has had tubes inserted into its head and rear.

It would appear the shark has also been hollowed out in order to allow smoke to flow through its corpse.

The man can be seen lighting the impromptu bong and inhaling though the mouthpiece in the shark’s tail.

The children’s song Babyshark can be heard playing in the background of the disturbing video.

The footage was shared on the Facebook page Fried Fishing Australia which has 21,000 followers.

Scores of people have commented, blasting the video as “cruel”, with one commentator even asking if the man is inbred.

But Fried Fishing has defended the video by pointing out the shark was already dead.

In a statement it said: “Let’s clear some air up on this. The shark was caught by my mate fishing when we were fishing for mangrove jacks on Friday.

"After two nights left in the ice box i came up with the idea.

"There is no possible way it was alive."

"It was tobacco I’d happily take a drug test to prove."