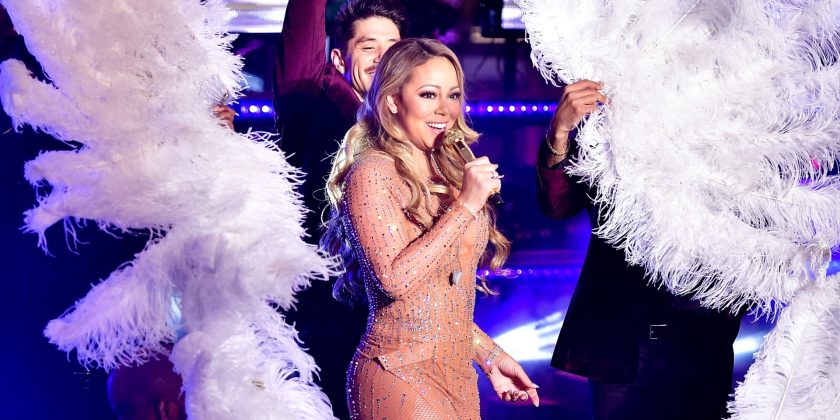 Dick Clark’s New Year’s Rockin’ Eve has been a television staple since it first premiered on NBC in 1973. It moved over to its permanent home on ABC in 1975, where current host Ryan Seacrest has rung in the new year since taking over hosting duties in 2005. Clark suffered a stroke in 2004 and made limited appearances until his death in 2012. Since Seacrest joined the show with cohost Jenny McCarthy, things have gotten a bit wilder. If you’re planning to be home to watch this iconic show as the clock strikes 12, you’re probably aware there have been a few crazy Dick Clark’s New Year’s Rockin’ Eve moments over the past few years. We are here to remind you of the singing flubs (hello, Mariah Carey) and the kissing snubs (ahem, Taylor Swift and Joe Jonas.)

Mariah Carey’s singing at the 2016 installment of Dick Clark’s New Year’s Rockin’ Eve is probably one of the most memorable live broadcast moments in recent history. If you were home on the East Coast waiting for the ball to drop, it was hard to believe what you were seeing. If you were waiting for the broadcast on the West Coast, social media tipped you off to the chaos that was to come.

It was clear Carey was having technical problems during her first song, “Emotions,” but by the time she reached her second song, “We Belong Together,” she was done. She stopped performing, but her backing track was still going on.

“I want a holiday too,” she improvised while the music played on. “Can I not have one? I’m trying to be a good sport here.”

In her defense, singing in Times Square is like singing at the Super Bowl, so lip-synching is totally acceptable. However, the subsequent press surrounding Carey and Dick Clark Productions made things even more complicated.

You can’t keep a strong woman down! That’s exactly what Mariah Carey proved by returning the following year to shut the critics down. It was dubbed her redemption moment, and of course Carey delivered in every way. Her performance was flawless, although she was looking for her hot tea before she performed and it wasn’t there.

It’s not easy to sing in cold weather — give Carey her hot tea!

If anyone wants to doubt the theory that the cold weather ruins your vocal cords, then just ask Broadway legend Idina Menzel. In 2014, she sang her monster hit “Let It Go,” and it wasn’t the performance some expected from a Tony Award-winner since she missed a few notes along the way.

Social media responded with lots of spins on the song’s famous lyrics, “The cold never bothered me anyway.” However, it was Menzel, who had the final word and the classiest response of them all.

Jenny McCarthy joined the show in 2011, and, well… turns out that she becomes quite the kissing bandit around midnight. In 2012, she made out with a New York City cop. She topped that smooch off the next year by kissing a soldier, who scored her a 10 on her lip-locking.

But everything changed by 2015 when she brought then-boyfriend, actor and former New Kid on the Block member Donnie Wahlberg, as her midnight kissing date. The sweet couple has since gotten married.

There’s nothing worse than having to work with your ex. Scratch that — having to work next to your ex on New Year’s Eve in front of all of America is the worst. That’s exactly what happened to Taylor Swift and Joe Jonas in 2009.

The Jonas Brothers and Swift were both performing on Dick Clark’s New Year’s Rockin’ Eve after Joe and Swift had broken up in 2008. There they were, just months later, standing near each other at midnight with no one to kiss. Talk about awkward.

Remember when everyone was worried about Y2K and if the world would implode as we shifted into the 21st century? ABC News anchor Peter Jennings ushered the United States into a new year instead of Dick Clark. The broadcast did briefly visit Times Square, but Dick Clark was not the official host of the evening.

You knew there had to be at least one more Jenny McCarthy New Year’s Eve antic on this list. She’s not just known for kissing random dudes in Times Square — she also gave the NYPD a show in 2013.

Everyone likes to dance on the final day of the year, so why not do the year’s the dance du jour, the twerk? The cops looked stunned, horrified and amused all at once. We are sure it was a night they will never forget.