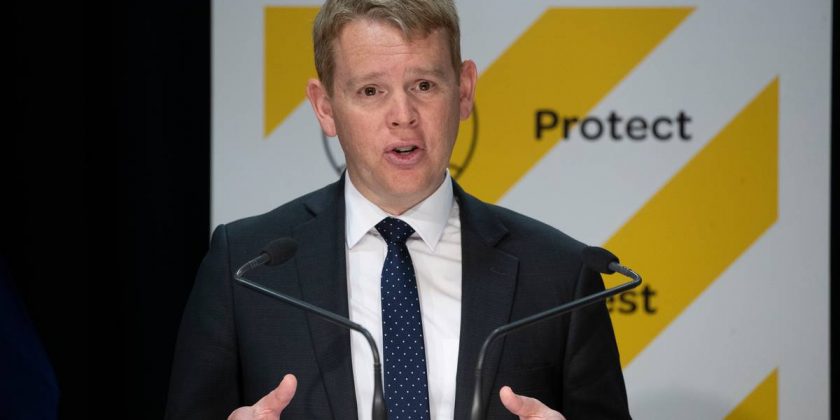 Bad news for festival lovers – a highly anticipated New Year’s festival may not go ahead according to Covid-19 Response Minister Chris Hipkins.

Rhythm and Vines which is held in Gisborne will not go ahead unless the region gets their vaccination rates up.

When asked by Newstalk ZB’s Heather du Plessis-Allan if Gisborne should prepare for Rhythm and Vines not to go ahead if they remained in red level, Hipkins said it could be a possibility.

“Unless they get their vaccination rates up much faster than they are at the moment,” he said.

The traffic light system will allow events to take place, provided organisers use vaccine certificates to ensure only double-vaccinated festivalgoers are in attendance.

On November 29, Cabinet will confirm Auckland’s move into the traffic light system, into the red level, Ardern said.

The rest of the country will move at the same time as Auckland, the Government will confirm at that meeting.

However, areas with lower vaccination rates will be moved into the red level to protect people and promote vaccinations.

In a social media post on November 5, festival organisers said they were ready to deliver the festival as planned but it was dependent on the country either reaching the 90 per cent vaccination target.

“The Rhythm and Vines team are 100 per cent focused on delivering the event this New Year as planned.

“Our team have been working hard behind the scenes to ensure that should we be given the green light (or orange?), that the festival teams are ready to go on rolling out the safest New Year event as possible.⁠

Tairāwhiti currently has no active cases of Covid-19.

About 23,000 people attended the music festival at Waiohika Estate in Gisborne on each day it ran between December 28 and January 1 last summer.

Co-founder Hamish Pinkham went on radio station Newstalk ZB on November 5 to clarify his team is ready to go again this summer, but was waiting on the Government.