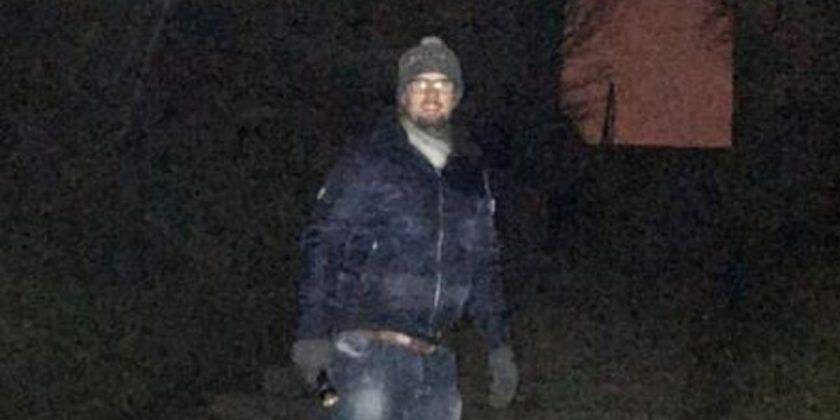 A couple believe they photographed a ghost during a visit to a haunted castle.

Helen Wakeman, 43, and John Dargan, 33, were flicking back through pictures from their trip to Dudley Castle, West Mids, when they spotted something strange in the background of one of the snaps.

The figure, which they believe is the ghost of a former monk, is standing just metres behind them.

The couple, who live in Birmingham, are keen ghost hunters and were on a haunted walk at the time but didn’t spot the monk when they were there.

Helen said: "We were the first couple to walk up the steps so there was no one in front of us. "It was a quick memory snap and we weren’t expecting it to happen so early on in the tour.

"The tour guide told us that monks from the nearby priory would have walked up the steps towards the castle for prayers and lessons and the shape look similar to a habit.

"We were very freaked out."

The couple didn’t look at the photo straight away, but were very excited when they spotted the figure.

Helen said: "We had just started the tour, on a car park close to the steps, and only took it as a quick photo, we never even looked at it till a few days later.

"When we finally looked through the pictures we had taken we spotted the figure next to the archway, which eerily looks like a monk with a hooded cloak.

"We were so excited that we had finally managed to capture something on camera."

Dudley Castle, which dates back to 1071, is well known for it’s paranormal activity and has been regarded as one of the most haunted in the UK.

The legend of the Grey Lady has been around for centuries, with multiple sighting of the fabled spook.

According to legend the Grey Lady is the spirit of a woman called Dorothy Beaumont who died shortly after childbirth, along with her child. She wanted to buried next to her child, but her wish was never granted and so she haunts the castle grounds.

Helen said: "My parents bought me and John the tickets for the tour as a Christmas present as we had done a few before and got the bug for it.

"We have become avid ghost hunters and get a real thrill out of it but have never managed to capture anything on camera until now."