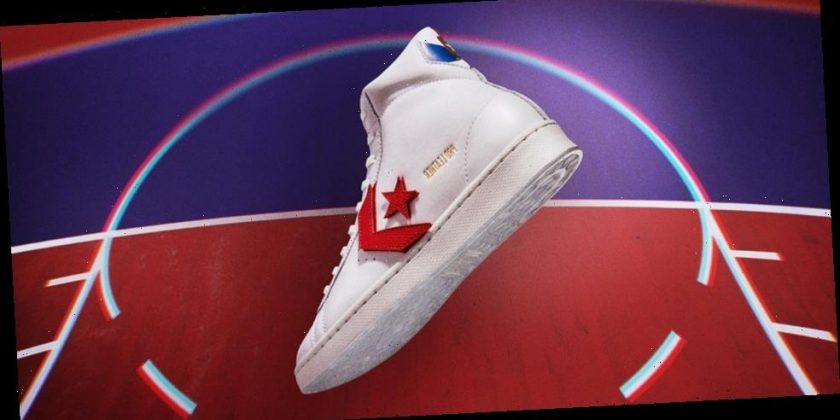 1976 was a pivotal year in basketball history: the ABA and NBA merged, and Converse released the influential Pro Leather. Now, to celebrate the freewheeling nature of ’70s hoops and the 45th anniversary of both the merger and the Pro Leather’s debut, Converse has prepped a special Pro Leather “Birth of Flight.”

Often associate with Julius “Dr. J” Erving — one of the ABA’s biggest stars — the Pro Leather is known for its high cut and signature Chevron logo. Here, it’s done up in a timeless white leather and features interchangeable Chevron detailing: thanks to Velcro straps on both the lateral and medial midfoot, the wearer can choose between blue or red accents. A gold Pro Leather stamp is present directly behind the medial Chevron, and heels nod to the ABA’s iconic red, white and blue basketball with a special print and more gold foil embellishment. Tongues are trimmed with blue on the right shoe and red on the left, while icy translucent outsoles finalize the look.

The Converse Pro Leather “Birth of Flight” is set to release via the Converse webstore on February 18, and is priced at $85 USD.

For more from the world of footwear, check out UNDEFEATED and Converse’s new batch of Chuck 70 “Fundamentals.”
Source: Read Full Article