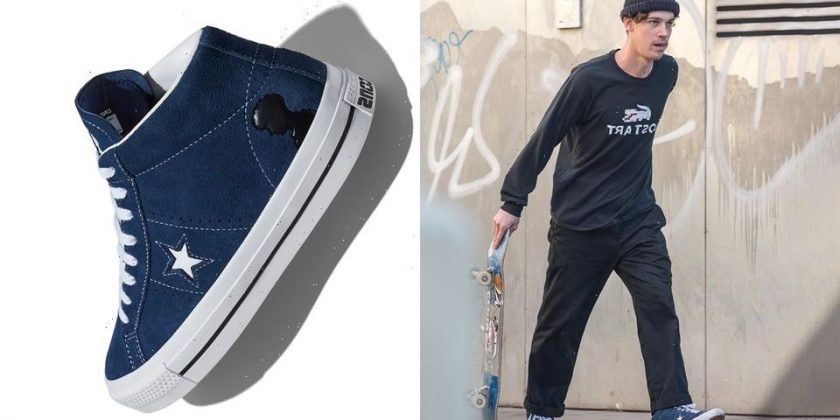 Dressed in Raemers’ signature navy blue and featuring his silhouette on the lateral heel in black, the shoe combines classic One Star style with modern skate durability. Apart from the meaningful color scheme and special heel detail, it also uses white contrast stitching, a white star logo on the midfoot, a unique heel badge and a two-tone midsole to round off the look.

“It has been the most beautiful pleasure to work alongside Converse to [create] The Ben Raemers Foundation shoe,” says Raemers’ sister Lucy. “Meeting more of Ben’s friends at Converse has given me another feeling of being close to him with them all. Anniversaries are always tough but having this launch on his second one just shows the amazing things that have come [from] us losing the beautiful human that was Ben. He really will shine on forever. The stars have his footprints now but so do we.” CONS teammate and close friend Louie Lopez chimed in as well, saying “I have so many good memories traveling all over the world with Ben, starting at such a young age for us both. His loving energy and personality will forever be missed but will never be forgotten. I’ll carry his presence with me in my everyday life. Until next time my friend.”

Look for the Ben Raemers Foundation x Converse One Star Mid to release via the Converse webstore on May 14, two years to the day of Raemers’ passing. Pricing info has yet to be announced.