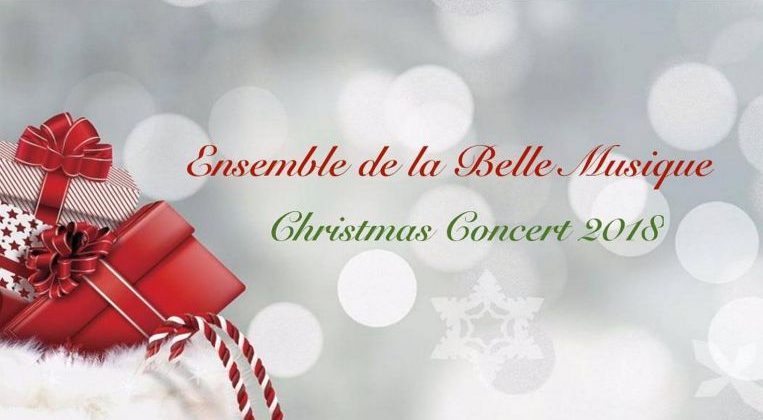 Imagine a concert of new music featuring ten world premieres from an international cast of nine composers attended by a nearly full-capacity audience at Esplanade.

It may sound like some fancy Christmas dream, but that was the reality in the third concert staged by Ensemble de la Belle Musique (EBM).

The ensemble was founded for the sole purpose of performing contemporary music that is tonal, tuneful and enjoyable. That was exactly what the audience got – a two-hour long Christmas treat, performed by the 20-member chamber orchestra led by Leonard Tan.

Morning by Massimo de Lillo (Italy) opened the proceedings, with a French horn and flute solo floating over reassuring E major chords, as a depiction of nascent life stirring in the glow of a winter’s morn. The other Italian Leonello Capodaglio’s Venetian Christmas Fantasy was more traditional, an all-string work inspired by old pastoral nativity scenes, generating a sonority that recalled Vivaldi and Gabrieli.

There were also diversely different styles of festive music on show. Australian Daxter Yeo’s Natsukashii evoked nostalgia with flute, piano and string octet in the style of romantic anime film music. In Journey On Christmas Eve by Usman Anees (Pakistan), there was a distinct South Asian accent in its fast flute solos and melodies for violin and oboe. The contrasts between the former’s placid warmth and the latter’s frenetic pace could not have been more stark.

Three young Singaporean composers were also spotlighted. Jon Tho Santa’s Old Workshop for strings alone was the shortest work but also the edgiest, with hints of dissonances without infringing on OB markers. Yvonne Tan’s A Christmas Reunion was rousing and celebratory, with rhythmic syncopations to suggest a train journey or fast sleigh ride homeward bound.

Composer Lim Han Quan may have struck one as awkward and somewhat simplistic in his spoken preamble, but came up with the two glitziest pieces on show, both with substantial concertante roles. Wonderland, The Beauty Of Winter handed solo violinist Chua Lik Wuk the role of Straussian concert leader in an elegant and rapturous waltz of the best Viennese tradition.

Not to be outdone, trumpeter Kenneth Lun channelled the spirit of Miles Davis in A Jazzy Night To Remember, singing the blues slickly accompanied by the ensemble, Low Shao Ying’s piano and Sanche Jagatheesan’s bass. Smiles aplenty and no minor chords within earshot, that is how joyous Christmas concerts ought to be.