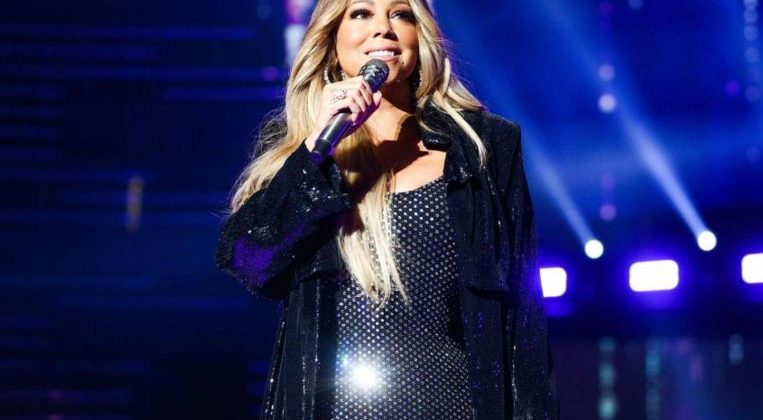 SINGAPORE – Though she has made headlines for lip-syncing and other vocal snafus in the past, none of that was present at pop star Mariah Carey’s return to Singapore on Saturday night.

In fact, her famous five-octave vocal range was in fine form as she went through an upbeat set-list that covered most parts of her three decade-long career.

Perhaps her recent Las Vegas residencies has sharpened her vocal dexterity but the 85-minute set at The Star Theatre was full of melisma-laden R&B pop favourites like My All (1997) as well as her trademark whistle register on hits like Emotions (1991) and #Beautiful (2013).

She seemed in an amiable mood and there were plenty of easy banter with her four-piece band, trio of backing singers and four dancers. At one point, she even brought on stage her adorable seven-year-old twins Moroccan and Monroe during, appropriately enough, Always Be My Baby (1995).

It was a full-house crowd at the 5,000-seating venue, with the fans, especially the ones standing close to the stage, giving a rapturous reception to almost every song.

She was especially fond of the “lambs”, her endearing term for the super-fans who made elaborate signs and wore shirts emblazoned with her likeness and her name.

She would read out their placards, peppered her set with several compliments to their dressing and one was even pulled up on stage to dance and sing along to Touch My Body (2008).

And while she could easily fill the whole set-list with familiar hits from the past, she showed that she had fresh new tracks too, singing The Distance from her upcoming fifteenth album Caution.

If there was any complaints about the show, it was the fact that she came on 35 minutes after the stipulated show time. A minor annoyance nonetheless and certainly not the longest audiences here have been made to wait for a marquee act.

Befitting of a diva, Carey also went through several costume changes, each of them glittery and figure-hugging.

That meant that the show was frequently broken up with intervals for her to head backstage and change.

The concert could have done without such interruptions but Carey’s sterling supporting cast took over the stage in the star’s absence.

Her backing dancers were ultra-nimble, displaying acrobatic finesse while songs like I’m That Chick (2008) and Dreamlover (1993) played sans-Carey in the background. Like the pop star, they also pulled up a member of the audience who was only too happy to ham it up by prancing around onstage.

Her singers, which include longtime singing partner Trey Lorenz, and musicians did more than just back her up – they also took on the parts originally sang by R&B vocal group Boyz II Men on their duet with Carey, One Sweet Day (1995).