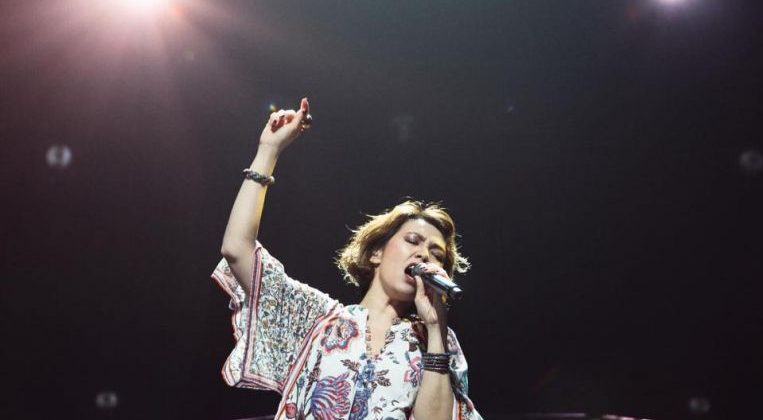 KIT CHAN 25 YEARS ON: A TIME FOR EVERYTHING

SINGAPORE – The song made Kit Chan a star in Taiwan back in 1994, but she is understandably sick of singing it.

We are talking of course about Heartache, a song with lots of vocal fireworks.

But at her show on Friday (Nov 9), she breathed new life into the song with a quieter acoustic rendition, which plumbed deeper into the depths of pain and caused tears to roll down this reviewer’s cheeks.

The singer’s latest concert was a reflective and intimate affair, in contrast with her 2015 show at The Star, which felt more fun and featured glitzier costumes.

“This is my 25th anniversary show and I want it to be really personal,” the 46-year-old said. She has a second show tonight (Nov 10).

Besides marking a career milestone, Chan has entered a new phase of life after ending a long relationship last year.

This she mentioned in passing before performing a new song, Enjoy Loneliness, as photos of her solo travels in Europe flashed by on a screen. Another photo montage showed her from her days at Raffles Girls’ School to her early years as a singer.

Over the concert of nearly two and a half hours, Chan was in fine form as she serenaded the audience with English songs like Fever and Mandarin ballads like Aaron Kwok’s Should I Leave Quietly in her rich and slightly smoky voice.

There were light moments too.

One was the performance of a jazz track called Flexible Man – the sexy song that some in the audience have been waiting for, the singer teased.

In between swigs of water, she also joked about how her black outfit resembled a bath robe and how she must be the singer who drinks the most water.

The concert venue may be the “serious” Esplanade Theatre, but Chan got the audience of mainly middle-aged fans to sing along to her early hits Worried and Liking You.

The singer also seized the chance to urge Singaporeans to listen to home-grown music. She introduced the audience to local band Hanging Up The Moon’s Tiny Moments, a pensive number that asked what have we lost along the way.

But the concert was not all about reflection.

There was time too for some rah-rah waving of mobile phones during the song Home.

It was a fitting finale to a personal and intimate concert by a singer often described in the Chinese-language media as a national treasure.