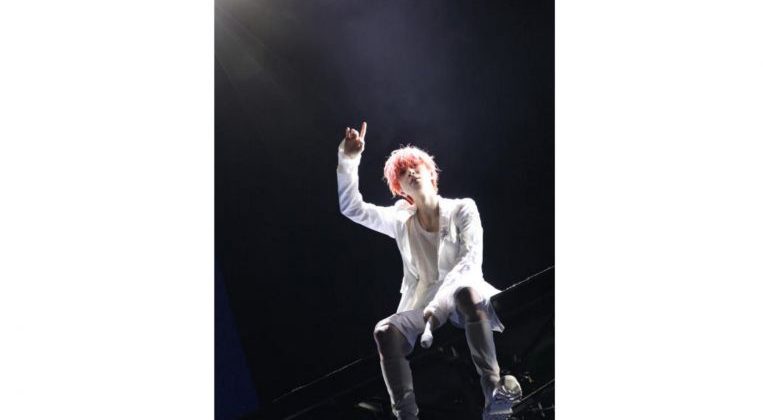 For a while, it seemed as though China was better at coming up with music reality television shows than producing stars who could make it big in the region.

Singer-songwriter Joker Xue Zhiqian, from Shanghai, however dispels that notion.

And in his first concert in Singapore, he played to a sold-out crowd of around 8,000.

He was impressive live with a richly resonant voice that smouldered at its lower end and shimmered in its higher register.

Sporting ash blonde hair and wearing pink gloves with a black outfit, he kicked off the show with the dramatic Skyscraper, a mid-tempo number that had him scaling his range to hit an effortless falsetto.

Even though ballads about the ins and outs of love dominated the two-hour-long gig, the concert never felt bogged down, thanks to the strength of the writing and his assured pipes.

In Actor, he used acting as metaphor for a relationship: “But you loved me so once, why act out the details/Not appearing to care is my last performance.”

Meanwhile, Like The Wind refers to a lover who was like a force of nature: “Like the wind/Even the clouds descend when you are near/You conjure a thousand layers of waves, I don’t even hide but venture in.”

He eschews the big singalong choruses but still crafts songs that draw one in with their sensitive observations. And he knows how to play up the drama in performance without being showy, instead dramatising with emotive singing.

The singer-actor-host also lives up to his name and turns out to be quite the joker.

Chatty and affable, he spoke about touring in North America and regaled the audience with stories about the strict labour rules there and his jetlagged state.

Impressed with how the crowd was singing along, he asked if they were familiar with the track Camel. When they responded fervently, he went: “All right, the chorus, three, two, one.” He laughed at the silence that followed and playfully chided his fans for lying.

But, no joke, they could chime along when he performed Serious Snow, the breakout hit from his 2006 eponymous debut album.