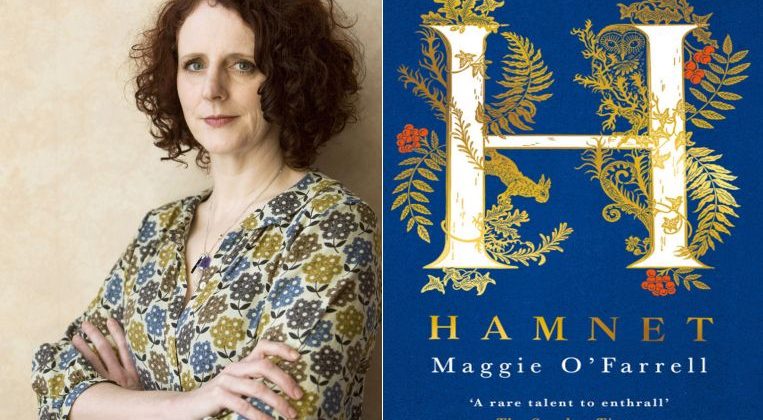 Hamlet is one of Shakespeare’s most famous works. Less well-known is the fact that the Bard had a son, called Hamnet, who died several years before the play was written.

Why name a tragic hero after your dead son? That, says Maggie O’Farrell, is the question.

Fascinated by the “curious, sad symmetry” of Hamlet and Hamnet, the British novelist has come up with a remarkable book that re-imagines the story of Shakespeare’s family. Titled Hamnet, it is clever, richly written and full of ghosts.

The novel spans the years before, during and after Hamnet Shakespeare’s life, skipping across characters and time periods with cinematic elegance. Readers witness the bond between Hamnet and his twin sister Judith; Shakespeare’s romance with Agnes (or Anne) Hathaway; and the playwright’s stormy relationship with his glove-maker father – a small backstory to the Freudian undercurrents in Hamlet.

The world of O’Farrell’s book, which has been longlisted for the Women’s Prize for Fiction, is a twisting kaleidoscope of images – candle-lit taverns, apples; fairy tale-like scenes shadowed by the threat of the plague. Reading it is a sensual experience.

Shakespeare scholar Stephen Greenblatt has observed that Hamnet and Hamlet “are in fact the same name, entirely interchangeable in Stratford records in the late 16th and early 17th centuries”.

Literary scholars turning to biographical criticism often find themselves on shaky ground – and details of Shakespeare’s life are certainly scant. But O’Farrell, unshackled by the strictures of academia, runs wild imagining the parallels between the playwright’s life and his art.

Her book abounds with muffled echoes of lines from the play – “who’s there?”; “there is nothing: only silence” – and pays homage to Shakespeare’s penchant for symmetries and substitutions.

There are other resonances. Shakespeare in the novel is a pasty scholar – “all head, with not much sense” – prone to the same bouts of melancholy as his fictional prince. Like Hamlet, who must “unpack (his) heart with words”, he has much “hidden away inside (him)”.

These manoeuvres are crafty, but hardly indulgent, and may well provoke in some readers a newfound interest in Shakespeare’s play.

The novel ends with a staging of Hamlet in a London playhouse.

“Remember me,” says the ghost of Prince Hamlet’s father, who (confusingly) is also called Hamlet.

“Re-member” is precisely what O’Farrell has done, to resounding success. Through force of imagination and wit, she has pulled Hamnet the boy from the dusty margins of history – into this new work that “bodies forth/The forms of things unknown…/and gives to airy nothing/A local habitation and a name.”

If you like this, read: Nutshell by Ian McEwan (Random House, 2016, $18.95, bit.ly/KinoNutshell), a modern-day re-telling of Hamlet, told from the perspective of a foetus whose mother and her lover are plotting to kill his father.