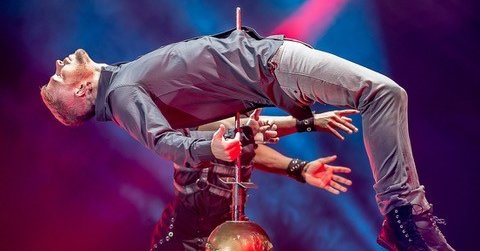 Cirque du Soleil is expanding its long and wide reach into a new realm: magic.

Cirque du Soleil Entertainment Group, the global performing arts conglomerate known for live acrobatic circus presentations, announced Wednesday morning that it had acquired The Works Entertainment, the makers of the Illusionists magic franchise and other shows.

Cirque has been diversifying the types of performances under its umbrella. It acquired Blue Man Group in 2017, and then VStar Entertainment Group — a more kids-and-family-oriented company — last year. Its purchase of the creators of the Illusionists, which has brought live magic to Broadway and other world stages, will be one of its first forays into magic.

“The play for us is magic,” said Daniel Lamarre, the president and chief executive of Cirque du Soleil. He said Cirque became interested in The Works because of the similarity in the performance and business models of the two companies.

“Like us, they have no stars,” Mr. Lamarre said. “The show is the star, and they’re constantly using different magicians. The fact that they’re not focused on stars gives you scalability.”

Scalability has been the key to Cirque’s model; the company sells 17 million tickets annually to its various shows, which have been in 450 cities. The terms of the deal with The Works weren’t publicly released, but Mr. Lamarre said the price was “around $40 million.”

For now, the Illusionists shows will remain largely the same, and separate from the circus performances, Mr. Lamarre said.

Simon Painter, creative producer and co-founder of The Works, said, “This is certainly one of the most exciting days of my life.” He said that he’s looking forward to the expansion and access to new markets that Cirque will provide.

Mr. Painter said, “When the first journalist interviewed me about the Illusionists back in 2011, I said, ‘I want to do for magic what Cirque du Soleil has done for circus,’ and now here we are.”