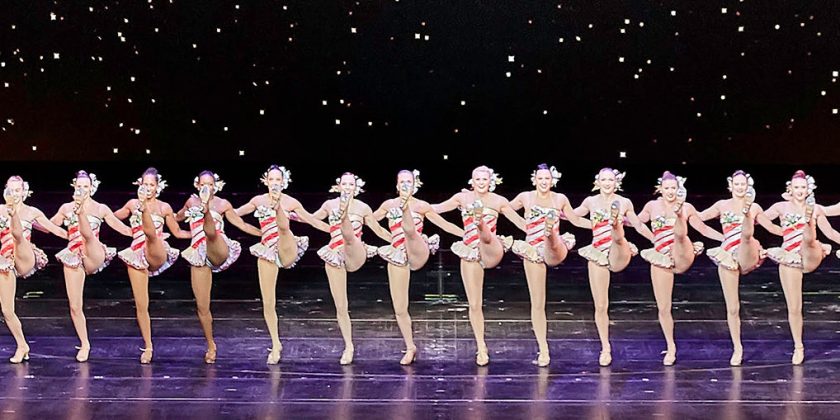 The Radio City Christmas pageant feels immutable: Why change the winning combination of Santa Claus, the Rockettes, the Living Nativity and Yuletide megamixes that packs the Art Deco palace for several weeks each year? Newbies will be dazzled by the over-the-top delirium of it all — “Camels! CAMELS!” a man screamed during the Nativity parade at the Thursday performance, sounding intimately acquainted with the goblets of Champagne on sale in the lobby.

At the same time, those for whom the “Christmas Spectacular Starring the Radio City Rockettes” has become a tradition will bask in the reassuring warmth of familiarity. Everything that matters is still here, from the gigantic orchestra that occasionally rises on a platform from its underground lair to the Rockettes’ numerous precision-dancing numbers — the oldest, “The Parade of the Wooden Soldiers,” has been essentially unchanged since 1933.

Yet even classics must adapt if they want to survive the ruthless competition for entertainment dollars, and so the “Spectacular,” now directed and choreographed by Julie Branam, has evolved over the years. Some of the innovations didn’t pay off — the inept 2011 number in which the Rockettes battled video-game beasties has mercifully been retired — but the new edition’s spruced-up and expanded projections are mostly impressively elegant.

Overseen by Sam Buntrock, the creative director of new digital content (whose 2008 revival of “Sunday in the Park With George” earned nine Tony nominations), the visuals now take over the entire auditorium, covering all the grand proscenium arches with animated trains, ribbons or wintry scenes. This creates an immersive feeling, linking performers and audience in one shared universe — no small feat in such a cavernous venue.

Admittedly the juxtaposition of state-of-the-art technology with precision dancing creates a surreal combo. One minute you get 3D projections, the next it’s “The Parade of the Wooden Soldiers,” a paragon of old-fashioned showmanship that is simultaneously quaint and mightily impressive. (“It’s not going to go well for them,” another tipsy-sounding audience member predicted as the Rockettes lined up in front of a colorful canon. Has the show turned into an ironic experience for millennials?)

And still, the revue-like show works, moving from one set piece to another at breakneck speed.

The one downside of the new look is that the images scrolling over the sides and the ceiling can be so intricate that you may find yourself scrutinizing them instead of the stage, when we all know that the all-dancing, all-kicking titular stars of the show deserve our undiluted attention.

Mr. Buntrock also directed the new finale, “Christmas Lights,” which closes the show after the Nativity procession — exit, pursued by a camel, Shakespeare might have quipped had he been sipping from a goblet at Radio City.

Introduced by a couple of aerialists, Cirque du Christmas-style, the new number brings back the Rockettes while mini-drones fly in formation above their heads. Unfortunately the drones merely look like moving lights, or maybe more projections, so the effect does not quite land. The dancers, on the other hand, do. Take that, technology.