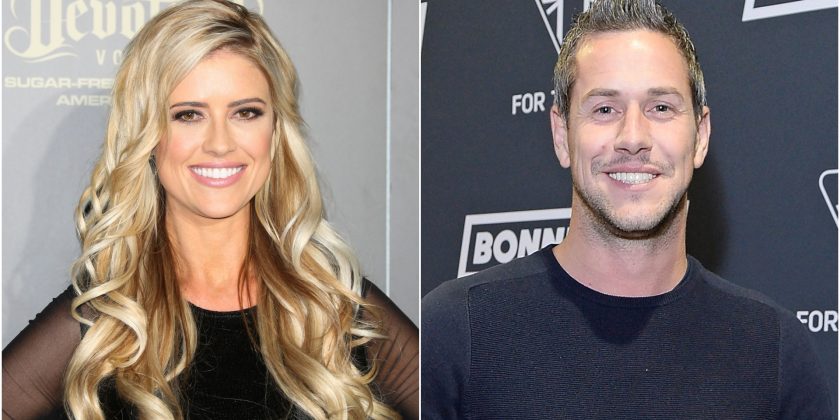 In May 2016, El Moussa split from her husband and Flip or Flop co-host Tarek El Moussa in dramatic fashion — authorities were called to the scene of their then-home when Tarek grabbed a gun and fled the home into the state park woods adjacent to their property.

Although they would subsequently shrug it off as an “unfortunate incident,” the moment signaled the beginning of the end for the El Moussas. Six months later, they had officially filed for separation.

“It was a crazy couple of years,” Christina told People, adding that when she met Anstead, “It’s like my life did a 180.”

Having gone through a difficult divorce of his own in 2017, Anstead echoes that sentiment, saying, “We’ve both had challenges, but ever since we met it’s just been an instant connection.”

Christina expounded on those challenges in July, when she told People she “felt like I was drowning” in the months following her divorce. “I was doing whatever I could to stay above water and just get through the day,” she revealed, “A lot of people were thinking, ‘What’s going to happen?’ Tarek and I were so tied together on everything; real estate, the show, our children, our house. It was so stressful, and everyone was worried that it was going to explode.”

But things didn’t explode. The former couple managed to amicably co-parent and maintain their joint career. And that calm in her life led Christina to open herself up to love again. On New Year’s Day 2018, she took her relationship with Anstead public — mutual friends had introduced the pair in October 2017.

“We’re very lucky because from day one everyone clicked instantly,” Anstead told People of his children, Amelie, 15, and Archie, 12, from his former marriage, and Christina’s children Taylor, 8, and Brayden, 3, from her marriage to Tarek. “It feels like we’re all supposed to be together.”

Anstead, host of the car-centric British series Wheeler Dealers, added, “I’m incredibly grateful to have met her. She saved me.” To which his new bride responded, “We saved each other.”

Go on; you can say it: awwwww! These two couldn’t be any sweeter if they tried.