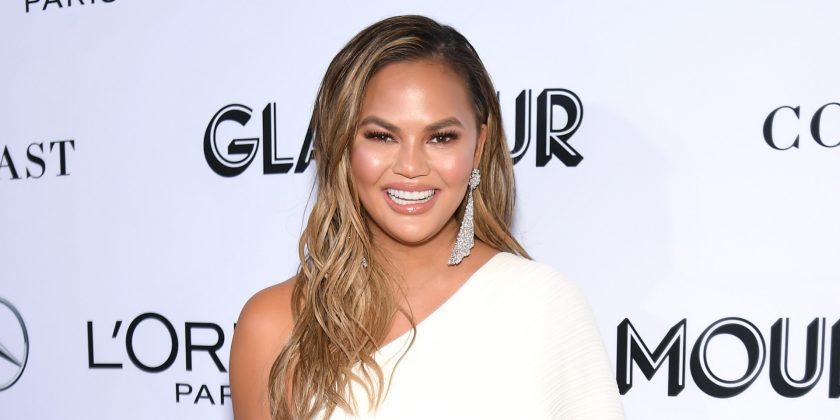 During her first time cohosting NBC’s New Year’s Eve, things went slightly awry for Chrissy Teigen before the countdown began for the annual ball drop. When Teigen went to hug Leslie Jones, the pair came together in such a way that Teigen got hit in the face with Jones’ umbrella, leading Teigen to joke about losing an eye on New Year’s Eve when the moment went viral on social media.

Freezing temperatures and consistent rain made this year’s New Year’s Eve celebration less than pleasant, so we don’t blame Jones for keeping an umbrella during the broadcast. In fact, neither does Teigen, though Jones of course expressed her concern on Twitter after a fan posted the clip of their hug, which didn’t go at all as planned.

“Ugh I can’t believe I hit @chrissyteigen in face!!” Jones tweeted, a few hours after the ball dropped. “Lordt!! I love you boo!! So sorry!! #thatswhyihateumbrellas”

Teigen responded on Tuesday morning, employing a well-placed pun as she told Jones that she wasn’t upset by the mishap. “EYE’M FINE BABY I hug too hard what can I say,” Teigen tweeted, along with some red heart emojis and a selfie of her making a kissy face, presumably at Jones.

Prior to her exchange with Jones, Teigen quote-tweeted the clip and promised her fans, “I’m okay!” at approximately one hour into the new year. Later, she joked, “7am. Heading back out to time’s square to find my eyeball.” Clearly, her sense of humor helped make this potentially catastrophic moment into simply a funny memory.

As one of Teigen’s fans pointed out in her Twitter mentions, only she could manage to become a meme before her new year even began.

Luckily, it doesn’t seem like Teigen actually lost an eye, as evidenced by how quickly she recovered from the umbrella hitting her and from how much she’s been joking about it, which is good. Heading into 2019, she can really only go up from here — whether it’s with her Target partnership, her new cookbook, or simply spending time with her beautiful family. We’re rooting for her!