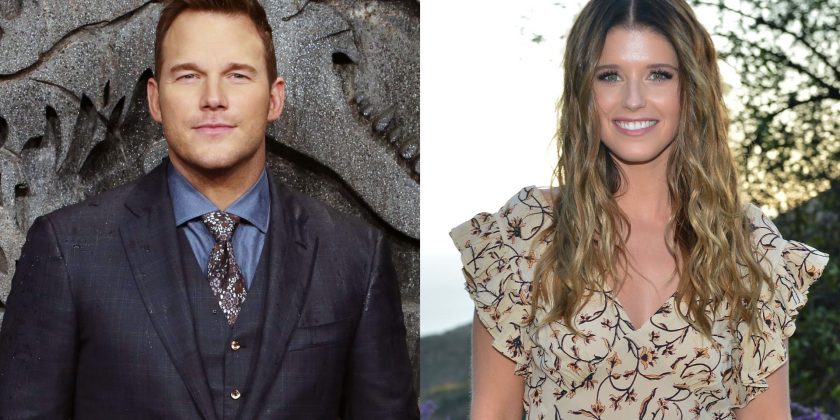 Do you have a favorite “famous Chris”? For several years, as various celebrity men named Chris have made their way into the spotlight (and the Marvel Cinematic Universe), there’s been heavy debate over which famous Chris is the best famous Chris. In 2017, even Katherine Schwarzenegger was asked to choose her favorite famous Chris. We know what you’re thinking, but this was before she even met her new fiancé, Chris Pratt. Still, her answer was kind of perfect.

In a clip from Access Hollywood that aired on Monday, one of their reporters showed the 2017 interview moment to Pratt and his The Lego Movie 2: The Second Part costar Elizabeth Banks. In the clip, their producer asked Schwarzenegger to choose among Pratt, Chris Hemsworth and Chris Evans. Initially, Schwarzenegger chose Evans, but then she changed her mind: “Actually, Chris Pratt. Chris Pratt’s been looking good lately, so, you never know.”

Pratt was visibly surprised, especially when he and Banks were reminded that the interview happened two years ago. “Wow,” Banks said. “Did you know about that?”

“When she said Chris Evans, my heart sank, and then she rescued it,” Pratt replied. Then he joked, “You guys just made that. You just made that. Wow.” Like the good partner he is, he took the opportunity to plug Schwarzenegger’s new children’s book, Maverick and Me, and encouraged viewers to pick up a copy — perhaps on the way home from seeing his The Lego Movie 2. Then he added, “That’s so sweet. I literally have never seen that before, so thank you for showing me that. I’m really moved.”

Honestly, Pratt’s reaction to that clip is just too cute. He and Schwarzenegger announced their engagement earlier this month, then promptly moved in together after less than a year of dating. The two seem super happy together, with Pratt even admitting in a recent interview that he sees less work and more kids in his future.