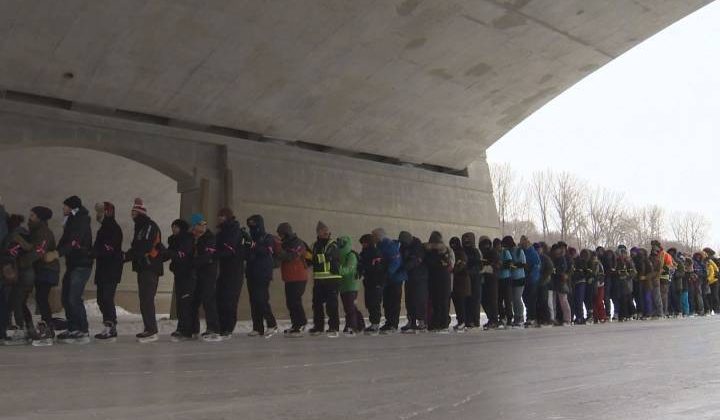 Hundreds of Winnipeggers made their bid to skate into the record books in February, and their efforts were officially acknowledged Tuesday as a Guinness World Record.

The Chain for Change project, a fundraiser for CancerCare Manitoba, saw a total of 395 people skating on the Red River Mutual Trail at the Forks in a giant chain on Feb. 4, World Cancer Day.

The Chain for Change organizers, who raised more than $146,000 as part of the record attempt, are now the proud holders of a Guinness certificate attesting to their world-record status.