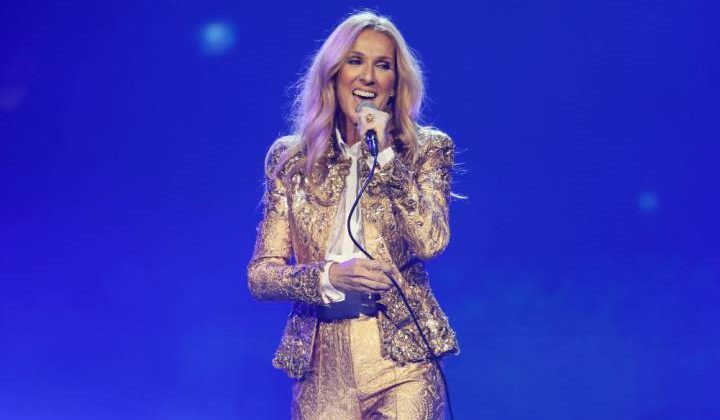 A new day has come: Céline Dion is officially a clothing designer for kids.

Partnering up with unisex children’s clothing brand Nununu, Dion said she has always loved what the brand represents.

“Partnering with them to encourage a dialogue of equality and possibility makes so much sense,” she wrote on the social media site.

Speaking with CNN, Dion said she isn’t trying to dictate how parents should dress their kids.

“[I’m not going to] tell the world right now you should do it this way, this is wrong. … Let [children] tell you what they feel like,” she said during an interview.

The collection includes everything from day wear to shoes to dresses to clothing for babies. Adorned with patterns of stars, skulls, the alphabet and even the phrase, “new order,” there is no pink or blue in sight.

“[The brand] liberates children from the traditional roles of boy/girl, and enables younger people to grow on values of equality with the freedom to strengthen their own power of personality based on mutual respect,” the website noted.

The team, including Nununu designers Iris Adler and Tali Milchberg, added it’s also more than fashion — it’s a way to help your child explore the realities of traditional gender roles.

“We believe that an educational experience is possible through children’s clothes, because fashion builds concepts deep within our minds and changes thought patterns. It can create equality, and grow the emotional intelligence that drives the practice of responsibility, freedom and flexibility of thought.”

Prices are higher than most major retail brands — onesies start at $71, while a dress starts at $102.

A push for gender-neutral clothes

There have been several children’s clothing brands that either focus on gender-neutral clothing, or at least offer a collection within their brands. Major labels like Cater’s, Old Navy and The Children’s Place all offer unisex clothes.

“There is really a sharp divide between what is considered girls’ stuff and what’s considered boys’ stuff.” Jo B. Paoletti, a professor of American Studies at the University of Maryland, added clothes that are pink-washed create stereotypes, even at a young age.

“We know, based on nearly 50 years of social science research, that stereotyped thinking hurts all of us, whether we are dealing with racial, gender, or any other form of stereotype.”