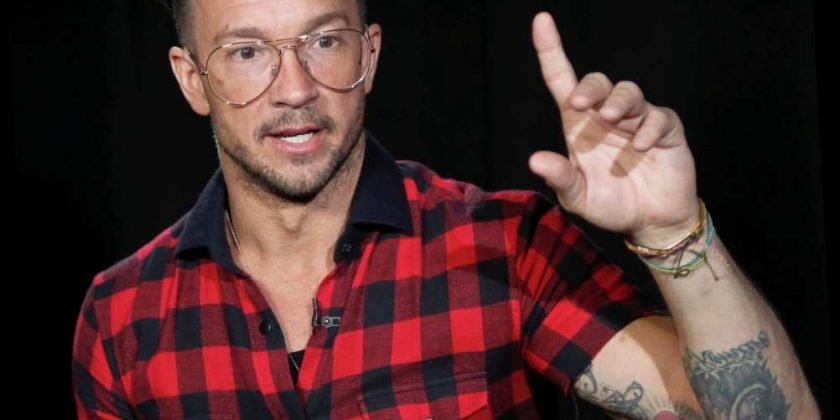 An evangelical Christian pastor known for being a spiritual mentor to the stars has been fired from his job leading a popular New York City church.

The 41-year-old preacher was fired following “ongoing discussions” about “leadership issues and breaches of trust, plus a recent revelation of moral failures,” Houston said.

In an Instagram post Thursday, Lentz admitted that he had been “unfaithful in [his] marriage, the most important relationship in my life and held accountable for that.”

“This failure is on me, and me alone and I take full responsibility for my actions,” he wrote. “I now begin a journey of rebuilding trust with my wife, Laura and my children and taking real time to work on and heal my own life and seek out the help that I need.”

Our time at HillsongNYC has come to an end. This is a hard ending to what has been the most amazing, impacting and special chapter of our lives. Leading this church has been an honor in every sense of the word and it is impossible to articulate how much we have loved and will always love the amazing people in this church. When you accept the calling of being a pastor, you must live in such a way that it honors the mandate. That it honors the church, and that it honors God. When that does not happen, a change needs to be made and has been made in this case to ensure that standard is upheld. Laura and I and our amazing children have given all that we have to serve and build this church and over the years I did not do an adequate job of protecting my own spirit, refilling my own soul and reaching out for the readily available help that is available. When you lead out of an empty place, you make choices that have real and painful consequences. I was unfaithful in my marriage, the most important relationship in my life and held accountable for that. This failure is on me, and me alone and I take full responsibility for my actions. I now begin a journey of rebuilding trust with my wife, Laura and my children and taking real time to work on and heal my own life and seek out the help that I need. I am deeply sorry for breaking the trust of many people who we have loved serving and understand that this news can be very hard and confusing for people to hear and process. I would have liked to say this with my voice, to you, in person because you are owed that. But that opportunity I will not have. So to those people, I pray you can forgive me and that over time I can live a life where trust is earned again. To our pastors Brian and Bobbie, thank you for allowing us to lead, allowing us to thrive and giving us room to have a voice that you have never stifled or tried to silence. Thank you for your grace and kindness especially in this season, as you have done so much to protect and love us through this. We, the Lentz family, don’t know what this next chapter will look like, but we will walk into it together very hopeful and grateful for the grace of God..

Lentz and his wife Laura have been together for more than 18 years and have three children.

Lentz apologized for “breaking the trust” of people he’s served.

“I pray you can forgive me and that over time I can live a life where trust is earned again,” he wrote.

Lentz also thanked Houston and his wife for doing “so much to protect and love us through this.”

Houston, an Australian pastor who founded Hillsong in Sydney in 1983, said the termination is not meant to diminish the “good work” Lentz and his wife had done for Hillsong. Houston said he is confident that Carl Lentz will return to some form of ministry outside of Hillsong “after a time of rest and restoration.”

“This action was not taken lightly and was done in the best interests of everyone, including Pastor Carl,” Houston wrote in his statement.

Hillsong did not respond to HuffPost’s request for comment.

It’s forced romance day & i like it!!! HAPPY VALENTINE’S DAY ❤️ He’s been mine for 18 years

Carl Lentz earned a reputation for being a celebrity pastor, part of a league of preachers giving American evangelicalism a fresh feel while keeping its conservative theology on culture war issues intact. These pastors eschew stodgy church attire for fashionable clothes and footwear, preside over services that seem like pop concerts, maintain popular social media accounts and attract celebrity followers.

Lentz developed close friendships with Justin Bieber and his wife, Hailey Baldwin Bieber, as well as with Kylie and Kendall Jenner, according to a 2017 GQ story. Bieber briefly moved in with Lentz and his family in 2014 and was later baptized by Lentz in NBA player Tyson Chandler’s bathtub, according to a GQ profile.

Lentz and his wife ― and several other celebrity evangelical preachers ― attended the Biebers’ wedding. Justin and Hailey Bieber still make appearances in Lentz and his wife’s Instagram feeds. 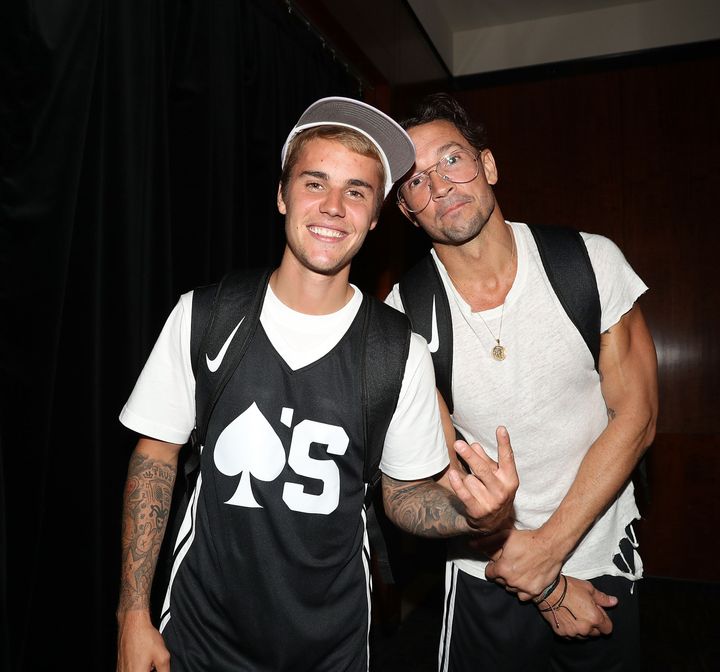 Lentz, originally from Virginia, trained at the church-affiliated Hillsong College in Australia, which is where he met his wife, according to Religion News Service. Lentz started what would become Hillsong East Coast with Houston’s son Joel in 2010. Hillsong’s services in a New York City theater are known for drawing long lines primarily of young people ― some of whom stand for the duration of the services.

Lentz has been outspoken over the past few years acknowledging police brutality against Black Americans. That set him apart from other members of his religious group: Most white evangelicals (72%) don’t believe that police killings of Black men are part of a larger pattern of how police treat African Americans. At the same time, Lentz has been careful not to imply that by saying Black Lives Matter he supports the official Black Lives Matter movement. 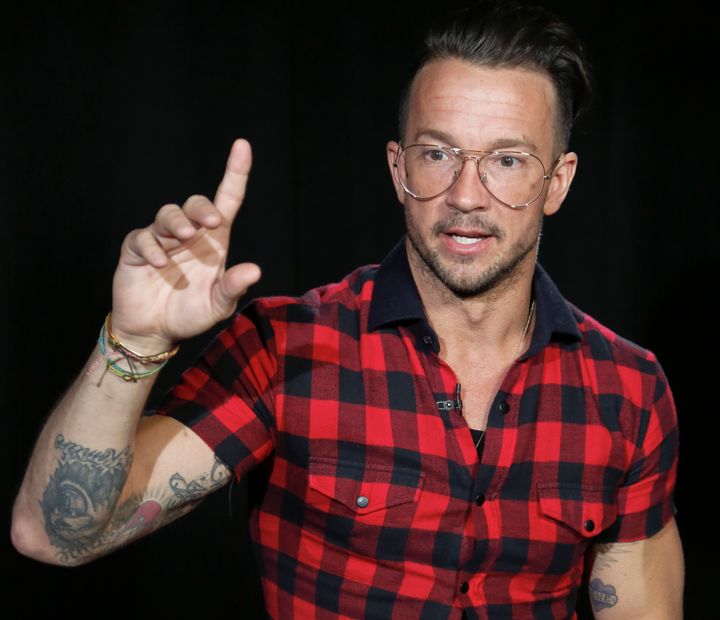 In a September Instagram post, Lentz insisted that the phrase “Black Lives Matter” is not “owned by any particular group or organization.” It is a “perfectly reasonable and logical to say, no matter how many people try to convince you that somehow saying this sentence makes you a marxist endorsing, anti police, left leaning liberal loving, demonically powered and politically motivated activist pseudo warrior,” Lentz wrote. “It does not.”

Hillsong has churches in 28 cities around the world, with a global weekly attendance of 150,000. Its music ministry is even more popular: Hillsong’s worship bands frequently set trends in the Christian contemporary music industry, and its songs are sung by millions of people around the globe every Sunday.