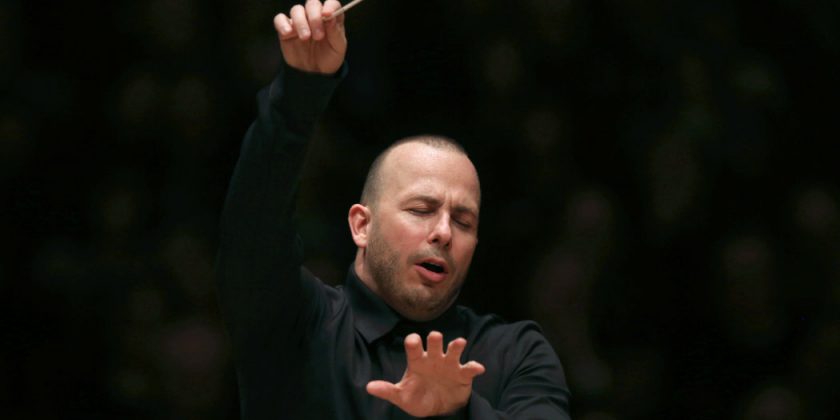 What do you get the composer who has everything? More everything.

Beethoven hardly lacks for exposure, but to mark the 250th anniversary of his birth, in 1770, Carnegie Hall announced on Wednesday that it would go all in, and devote roughly a fifth of its 2019-20 season to his music.

All his piano sonatas. All his string quartets. Lots of his chamber music. And not one but two cycles of all nine symphonies: one performed on period instruments, with John Eliot Gardiner conducting the Orchestre Révolutionnaire et Romantique, and another on modern instruments, with Yannick Nézet-Séguin and the Philadelphia Orchestra.

“We all feel this is really the pivotal figure in the history of Western classical music,” Clive Gillinson, Carnegie’s executive and artistic director, said in an interview. “Everything he touched, he changed and transformed.”

Mr. Nézet-Séguin, who became music director of the Metropolitan Opera this season, will be the subject of a Perspectives series that will give New Yorkers a chance to hear him conduct all three of his ensembles: the Philadelphians, the Met Orchestra and the Orchestre Métropolitain of Montreal. The mezzo-soprano Joyce DiDonato, the singer-songwriter Angélique Kidjo and Mr. Gardiner will also have Perspectives series, and Jörg Widmann will hold the Richard and Barbara Debs Composer’s Chair.

There’s a lot to chew on in the season, which will open Oct. 3 with Franz Welser-Möst conducting the Cleveland Orchestra, and will end June 21 with Daniel Barenboim and the Vienna Philharmonic. So here is a tip sheet, with critics and writers for The New York Times highlighting some of the concerts that intrigue them next season. 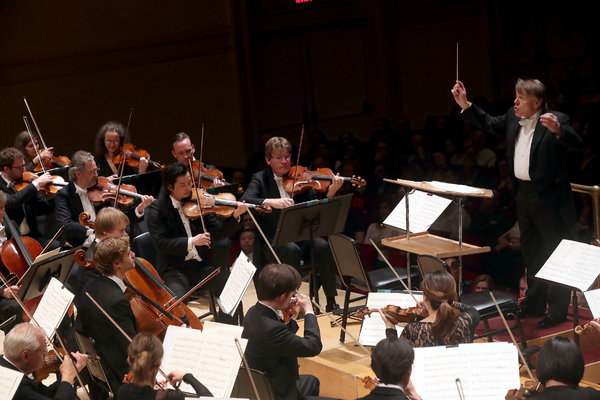 ORCHESTRE MÉTROPOLITAIN (NOV. 22) AND ORCHESTRE SYMPHONIQUE DE MONTRÉAL (MARCH 24) The season brings a couple of battle-of-the-bands moments. Most halls would be happy to import a single orchestra from Munich or Montreal, but Carnegie is bringing a pair from each city. So New York audiences will be able to contrast performances of Valery Gergiev conducting the Munich Philharmonic with those of Mariss Jansons leading its neighboring Bavarian Radio Symphony Orchestra. And they will be able to compare the Orchestre Symphonique de Montréal, under the baton of Kent Nagano, with that city’s lesser-known ensemble, the Orchestre Métropolitain. MICHAEL COOPER

AMERICAN COMPOSERS ORCHESTRA, NOV. 13 This ensemble’s reliably excellent taste results in a program that features new orchestrations of Ives songs by Hilary Purrington and Hannah Lash, as well as the premiere of a guitar concerto by Ms. Purrington. Her recent “A Clarion Call” is packed with haunted harmonies and riotous humor that Ives might well have admired. SETH COLTER WALLS

IRISH CHAMBER ORCHESTRA, NOV. 19 Unique synergies often develop when an orchestra is led by a composer-performer. In his collaboration with the Irish Chamber Orchestra, Jörg Widmann, as conductor and solo clarinetist, serves up a meticulously balanced program with compositions that showcase his debt to Bach (“Versuch über die Fuge”) and rock (“180 beats per minute”) alongside works by Mendelssohn, Weber and Mozart’s own Bach-flavored Adagio and Fugue in C minor. CORINNA da FONSECA-WOLLHEIM

IGOR LEVIT, MAY 5 A great way to refresh repertory staples is to perform them alongside new and recent works. The brilliant young pianist and composer Conrad Tao offers a particularly bold example of this approach in his solo recital at Weill Recital Hall, which fascinatingly juxtaposes the old (Bach, Rachmaninoff, Schumann) and the new (David Lang, Julia Wolfe, Jason Eckardt). At Zankel Hall, the formidable Kirill Gerstein will play unusual works by Liszt, Brahms and Gyorgy Kurtag steeped in Hungarian dances and folk song, as well as pieces by Haydn, Busoni, Bartok (the flinty, seldom-heard Piano Sonata), Thomas Adès and, to end, Schubert’s exuberant “Wanderer” Fantasy. Igor Levit will join Carnegie’s Beethoven salute in Stern Auditorium with Sonatas No. 9, 10 and 11, and the still-astounding “Hammerklavier.” ANTHONY TOMMASINI

SO PERCUSSION, DEC. 7 The program for this virtuosic and often mind-opening quartet, “A Century of Percussion,” is something of a greatest hits concert. They will revisit pieces like David Lang’s “the so-called laws of nature,” Steve Reich’s “Music for Pieces of Wood” and John Cage’s “Third Construction.” But the evening will also include the local premiere of a new work by Julia Wolfe. JOSHUA BARONE

ORCHESTRE RÉVOLUTIONNAIRE ET ROMANTIQUE, FEB. 19-24 There is hardly a shortage of recordings of Beethoven’s symphonies, but the one I inevitably turn to is John Eliot Gardiner’s vigorous, colorful, altogether vital cycle with this period-instrument ensemble. After a pair of crack Berlioz performances at Carnegie this past fall, this team is surely ready to put the old Ludwig van through his paces. ZACHARY WOOLFE

THE CROSSING, MARCH 25 Such is their radiant sound and the vibrancy of the repertory they’ve cultivated, it’s gotten to the point I’d hear anything this Philadelphia vocal ensemble sings. At Carnegie they’ll join the cellist Maya Beiser, whose charismatic cross-genre experiments have seductive savvy, in the New York premiere of Michael Gordon’s “Travel Guide to Nicaragua.” ZACHARY WOOLFE

BOSTON SYMPHONY ORCHESTRA, APRIL 15 After presenting Act II of Wagner’s “Tristan und Isolde” at Carnegie last spring, the Bostonians will be back, under the baton of Andris Nelsons, for Act III. These two concerts are a test drive for the tenor Jonas Kaufmann, who has been gradually rolling out his Tristan. (Other cast members include Emily Magee as Isolde and Günther Groissböck as King Marke.) JOSHUA BARONE

QUATUOR ÉBÈNE, APRIL 17-MAY 2 Even outside of anniversary years, cycles of the Beethoven string quartets mushroom all over the concert landscape. But this French ensemble, known for its passionate and rigorous playing, is sure to bring something special to its six-concert survey in the spring. Do stick around for the encores, which these players use to shoot off in unexpected directions with improvised takes on folk music, jazz or the Beatles. CORINNA da FONSECA-WOLLHEIM

TIMO ANDRES, APRIL 29 Aaron Copland’s mid-20th-century Piano Sonata is the oldest work you’ll find in this solo recital, which features a wide range of pieces by contemporary composers like John Adams, Donnacha Dennehy and Frederic Rzewski — and, of course, Mr. Andres himself. Later in the evening is a premiere from the young composer Gabriella Smith. JOSHUA BARONE

MAURIZIO POLLINI, MAY 17 There’s enough Beethoven this season to last a lifetime, but it’s a lifetime of Beethoven that Mr. Pollini, 78 years young, will bring to this performance of the final three piano sonatas. There’s no artist I’d rather hear play this music. DAVID ALLEN

VIENNA PHILHARMONIC, JUNE 19-21 Poor Mahler, with just six performances of his symphonies next season at Carnegie. I wouldn’t want to miss Michael Tilson Thomas conducting the Sixth in his farewell performance at the hall before stepping down as music director of the San Francisco Symphony (March 18), but Daniel Barenboim has a peculiar, productive way with these scores that makes these concerts more promising than the norm. He leads the Fifth, Seventh and Ninth. DAVID ALLEN

An earlier version of this article misstated who will sing the role of Isolde in the Boston Symphony Orchestra’s concert of Act III from “Tristan und Isolde.” It will be sung by Emily Magee, not Michelle DeYoung.