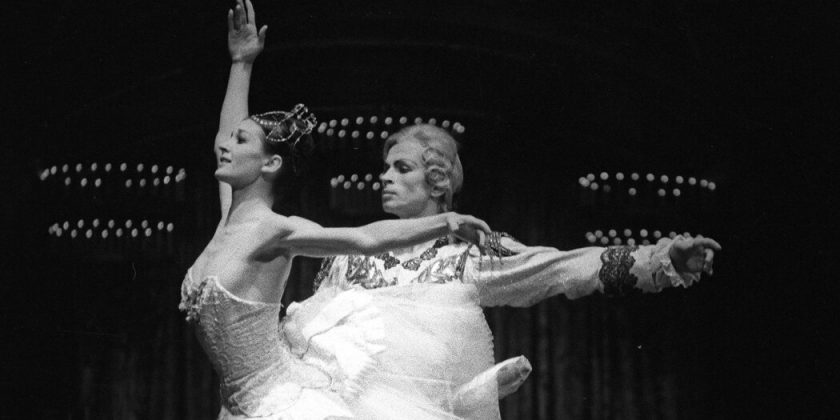 Carla Fracci, Italy’s grande dame of ballet and one of the greatest ballerinas of the 20th century, who was admired for the naturalness and emotional directness of her performances, died on Thursday at her home in Milan. She was 84.

The cause was cancer, her husband, Beppe Menegatti, said.

Over her five-decade career, critics and audiences marveled at Ms. Fracci’s ability to transcend technique, merging so completely with her characters that she seemed to become them. In Italy she was called “the Duse of the dance,” as Clive Barnes of The New York Times wrote in 1977, a reference to the great 20th-century Italian actress Eleonora Duse.

“The pleasant alliteration apart,” he continued, “there is indeed a strong histrionic undercurrent to her performance, so that its softness, its essential prettiness, can at times be torn apart by an unexpected display of almost volcanic emotionalism.”

Mikhail Baryshnikov, who danced with her in the 1970s, said in a phone interview that Ms. Fracci would subtly alter her interpretation of a role from performance to performance. “She never did the same thing,” he said, “and because of that she was really alive, and very full onstage.”

She made her professional debut at the Teatro alla Scala in 1955 and before long became a household name in Italy, where she brought luster to Italian ballet after it had languished for decades. She became the first Italian ballerina since the turn of the 20th century to have a major international career, performing frequently with American Ballet Theater, the Royal Ballet and the Stuttgart Ballet, among other companies.

In the early 1970s, Ms. Fracci formed the Compagnia Italiana di Balletto with her husband. Through appearances in small towns, on opera stages and in outdoor arenas, she brought awareness of ballet to the farthest corners of Italy and inspired new generations of dancers, including Alessandra Ferri and Roberto Bolle, both of whom became international stars.

She also appeared frequently in Italian TV specials, and in 1982 had a dramatic role in a popular mini-series, “Verdi,” about the composer Giuseppe Verdi, on Rai, the Italian state broadcaster. She played the composer’s second wife, the singer Giuseppina Strepponi.

In everyday life Ms. Fracci struck an elegant figure, often appearing in public dressed all in soft, white fabrics, her dark hair parted in the middle. “She was like a figure out of the turn of the last century,” Mr. Baryshnikov said.

She was most closely associated with the title role of “Giselle,” a young woman driven to madness and death after discovering her lover’s betrayal. In The Times, Anna Kisselgoff wrote of a 1991 “Giselle” performance by Ms. Fracci (she was 55 at the time) in which “her foot seemed barely to touch the floor.”

“It was the image that others have never matched,” Ms. Kisselgoff added, “the airborne wraith who seemed to fly out of a lithograph.” 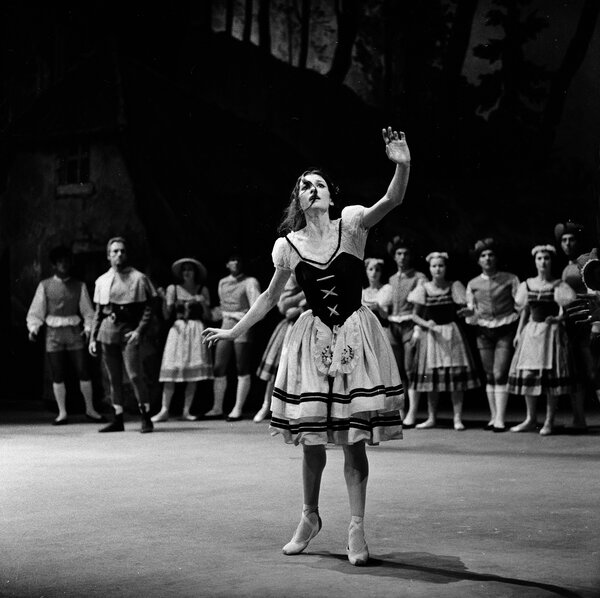 Ms. Fracci performed the role for more than 30 years, into her 50s, and was partnered in it by a long list of celebrated dancers, including Erik Bruhn, Rudolf Nureyev, Vladimir Vasiliev, Ivan Nagy, Paul Chalmer, Mr. Baryshnikov and even Julia Bocca, 31 years her junior.

As recently as January she was invited by La Scala to give a master class on “Giselle.” (The class was filmed and is available on YouTube.) The dancers who took part, Nicoletta Manni and Martina Arduino, had both grown up watching a much-loved 1969 movie version of “Giselle,” starring Ms. Fracci and Mr. Bruhn, based on an American Ballet Theater production.

That film shows all the qualities for which Ms. Fracci is remembered: lightness on her feet, crisp technique, sincerity and a naturalness that makes it seem as if dancing were breathing. Just as compelling is the great beauty of her face, which she uses to maximum effect.

“I studied that video from beginning to end, over and over,” Ms. Arduino said by phone from Milan. “Where her eyes looked, how she moved her arms. And when she came to give the master class, she told me, ‘You have to say with your eyes exactly what you’re thinking.’”

Mr. Baryshnikov remembered this same quality. “She had these enormous, dark eyes,” he said. “She danced with them. And then there was the abnormal beauty of her face. Dancing with her was quite a mesmerizing experience.”

Carla Fracci was born in Milan on Aug. 20, 1936, the daughter of Luigi Fracci, a tram driver, and Santina Rocca, a factory worker at the Innocenti machinery works. Carla liked to dance around the house, and when she was 9, family friends suggested that she might be suited for ballet.

Despite being small and rather frail, she was accepted at the ballet school associated with La Scala, where one of her teachers was Vera Volkova, a student of Agrippina Vaganova, a founder of modern Russian ballet technique.

The young Ms. Fracci did not take to ballet right away. “School was a crashing bore and a terrible chore,” she told The Times in 1981. Then one day she found herself onstage in a children’s role.

“I was cast as a girl with a mandolin in ‘Sleeping Beauty,’” she said. “Once onstage next to Margot Fonteyn, I suddenly changed my mind. Dancing to an audience was something entirely different from dancing at school.”

After graduating from the academy, she entered the ballet company at La Scala.

Ms. Fracci got her first big break in 1956, when she was called to substitute for the French ballerina Violette Verdy in a production of the evening-length “Cinderella.” Two years later she became a principal dancer. That same year, 1958, the choreographer John Cranko created for her the female lead in his new production of “Romeo and Juliet.” She went on to perform the role many times during her career.

Very soon she began dancing abroad as well, appearing for the first time with the London Festival Ballet, in “Giselle” in 1959. In 1962, she debuted another of her best-known roles, the sylph in “La Sylphide,” alongside Mr. Bruhn. The two were regular partners during Ms. Fracci’s years as a member of American Ballet Theater, from 1972 to 1976.

Not all her roles were tragic, however: She was also celebrated for her sense of buoyant mischief in the comic ballet “Coppélia.”

As her dancing career drew to a close in the 1990s, Ms. Fracci took on the role of director at several ballet companies, including those at the Teatro di San Carlo theater in Naples (1990-91), the Arena di Verona (1995-97) and the Opera di Roma (2000-10). She also dabbled in politics, serving as the councilor for culture for the province of Florence from 2009 to 2014.

In addition to Mr. Menegatti, her husband of 56 years and a stage director who had once been an assistant to Luchino Visconti, Ms. Fracci is survived by her son, Francesco Menegatti, an architect; her sister Marisa Fracci, also a dancer; and two grandchildren.

“To us, as Italians, she represented the importance of dance,” Ms. Arduino, the dancer, said. “Not just the steps, but the purity of art. Something precious.”