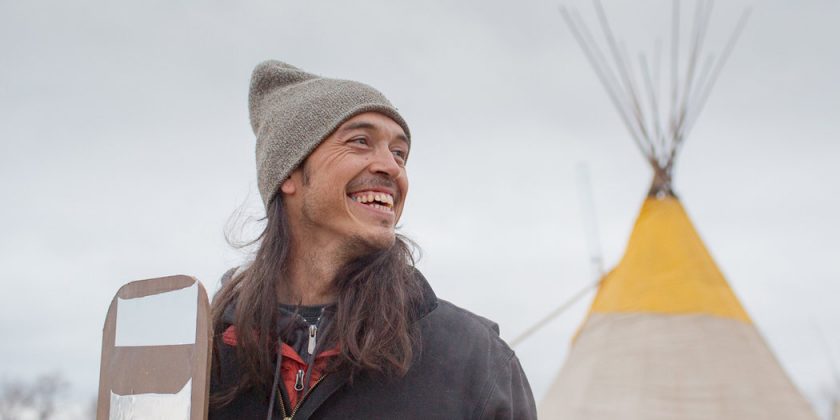 The artist Cannupa Hanska Luger has been selected as the winner of the inaugural Burke Prize for contemporary craft, the Museum of Arts and Design announced Tuesday. The prize constitutes a cash award of $50,000.

Shannon R. Stratton, the museum’s chief curator, explained in a phone interview that the concept behind the prize is to show “what craft might be in 2018 and beyond.” The financial element, she said, comes from a desire by the museum to support early-career artists who make up “the changing face of what is perceived as craft in the United States.”

The prize was endowed by Marian Burke, a trustee of the museum, and her husband, Russell Burke, and is to be awarded annually. It is aimed at artists under the age of 46 whose primary medium is glass, fiber, clay, metal or wood.

Mr. Luger is a New Mexico-based artist who was raised on the Standing Rock Sioux Reservation in North Dakota. His work addresses environmental matters and issues of violence against indigenous populations, especially those who identify as female, queer or transgender.

“Cannupa Hanska Luger exemplifies craft as connected to the past as much as to the future,” Namita Gupta Wiggers, a contemporary craft curator and one of the jurors who selected Mr. Luger, said in a statement.

In addition to Ms. Wiggers, the jurors who selected Mr. Luger for the 2018 prize were Michael Radyk, the director of education for the American Craft Council and Jenni Sorkin, a professor of contemporary art history at the University of California, Santa Barbara. Next year, Mr. Luger will be on the jury, and each subsequent year’s winner will be invited to return as a juror the year after they win.

Some of Mr. Luger’s work, along with work by other award finalists, is on display at the museum as part of the exhibition “The Burke Prize 2018: The Future of Craft Part 2.” More information can be found at madmuseum.org