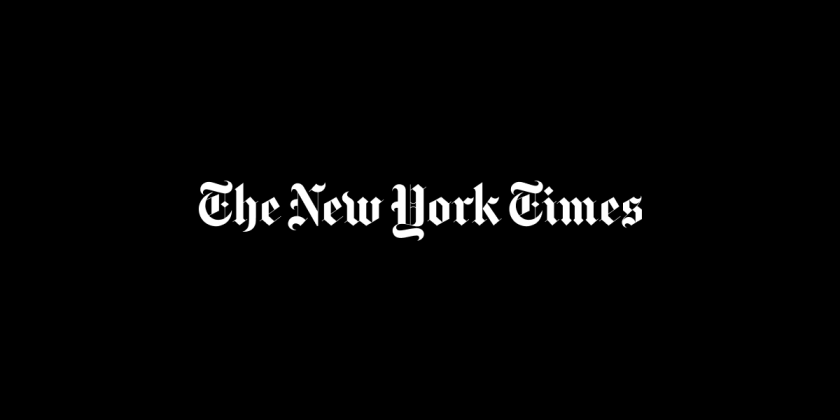 CANNES, France — The Cannes Film Festival opened Tuesday with 21 movies contending for the top trophy, the Palme d’Or. A gala premiere of “The Dead Don’t Die,” by the American director Jim Jarmusch, kicked off the 12-day extravaganza.

The movie is about a horde of flesh-eating zombies — corpses that rise from their graves and haunt a humdrum town called Centerville, a “real nice place” with a population of 738. The zombies gravitate toward the things they enjoyed when they were still alive: coffee, chardonnay, candy, toys, cable TV and power tools. The zombies’ sudden emergence is apparently linked to polar fracking, which has caused the earth to be pulled off its axis.

“‘The Dead Don’t Die’ fancies itself a cutting-edge macabre comedy, but the truth is that it’s behind the curve of pop culture,” wrote Variety reviewer Owen Gleiberman. “That’s why it’s a disappointing trifle.”

But some attendees of the Cannes premiere were much more upbeat.

“Audiences that expected a normal zombie movie will be kind of upset by the pacing of this movie, but people who know Jarmusch’s work will be very happy,” said Luiz Oliveira, a film critic from the Brazilian news portal Metrópoles, when leaving the screening. He described himself as a fan of the director. “It’s like you’re hanging out with Jarmusch characters in a zombie apocalypse,” he added.

Audrey Shaw, a 21-year-old University of Florida film student, said she “really liked it. It was very campy, very on the nose, but it made a lot of points.”

“It was definitely talking about climate change, and ignorance of Americans, and how we look past the problem,” she added, “and just involve ourselves in our everyday lives, and don’t look at what’s happening.”

Jarmusch first took part in the festival in 1984, when his black-and-white “Stranger Than Paradise” won the Camera d’Or award, given to the best first film. In 2005, Jarmusch’s “Broken Flowers,” also starring Murray, won the Cannes Festival Grand Prix, the runner-up award to the Palme d’Or.

Interviewed during a break in the Cannes opening ceremony, Murray said shooting the movie was a drama of its own.

“It was a hard movie to make, for some reason,” he said. “We shot in the Catskills, and the weather was extremely wild.”

“We had floods, we had lightning storms, lots of heat, we had insects,” he added.

The 2019 competition includes a number of Cannes Festival stalwarts. Quentin Tarantino, whose “Pulp Fiction” won the Palme d’Or exactly 25 years ago, is premiering his “Once Upon a Time in Hollywood.” Set in 1969, it stars Leonardo DiCaprio, Brad Pitt and Margot Robbie (in the role of Sharon Tate, the actress who was murdered that year by followers of the cult leader Charles Manson).

Other Cannes Festival habitués in the competition are the directors Pedro Almodóvar, Marco Bellocchio, Ken Loach, and Jean-Pierre and Luc Dardenne.

At the same time, the festival includes a number of competition first-timers, such as all four of the female directors selected: Jessica Hausner, Céline Sciamma, Mati Diop and Justine Triet.

This year’s nine-member Cannes Festival jury is led by the Mexican-born filmmaker Alejandro González Iñárritu, and also includes the directors Kelly Reichardt and Yorgos Lanthimos. Prizes will be given out in a gala ceremony on May 25.