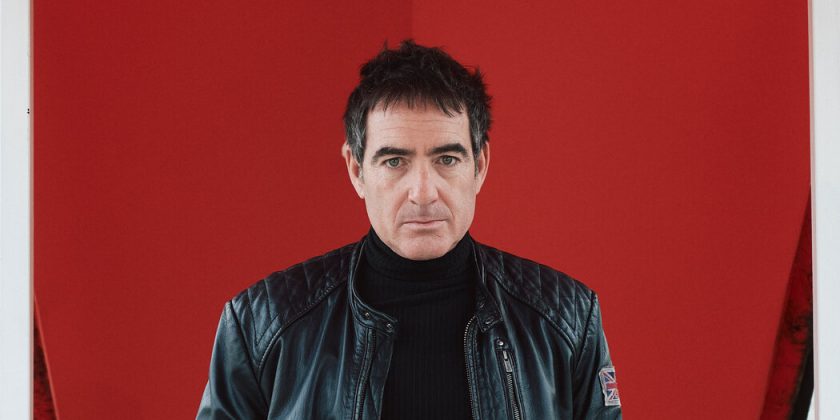 The plot is simultaneously minimal and over the top: Three prostitutes are on the run, their vengeful pimp is after them.

“What do we want to be, hares or foxes?” one of the women asks her friends. “Foxes all the way” is the answer. And so goes the show itself. The action is nonstop, the ultra-vivid colors jump from the screen, the tonal shifts induce whiplash, and the soundtrack will fry your speakers.

The only thing that is restrained about “Sky Rojo,” the first season of which dropped Friday on Netflix, is its running time: Each of the eight episodes clocks in well under 30 minutes.

“We have an audience that is becoming more and more demanding, so you have to give them the tenderloin — no sides, no French fries, no salad,” said the Madrid-based writer and producer Álex Pina, who created the show with his professional and personal partner, Esther Martínez Lobato. “They understand more with less so you must go to the essentials.”

Pina, 53, certainly knows about serving up meals people love to devour: He created “Money Heist,” which is Netflix’s most popular non-English-language series to date. Martínez Lobato, 44, is a writer on the show, which is currently in production on its fifth and final season. 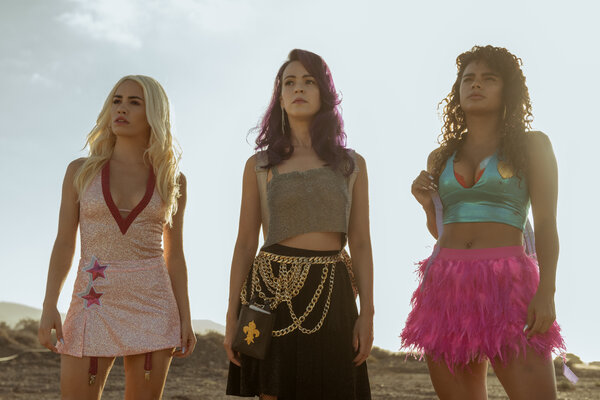 “Money Heist,” is just one of the creators’ high-profile series — a growing list that has extended their reach well beyond the Spanish border.

It has been a hectic pace: “We are so tired,” Martínez Lobato said dryly.

The couple met about 15 years ago, when Martinez Lobato joined the writing staff of “Los Hombres de Paco,” a cop show Pina had cocreated. Initially working with the Spanish giant Globomedia, they eventually set out on their own; Pina founded the production company Vancouver Media in 2016. In addition to writing, Martínez Lobato is an executive producer on most of the company’s productions.

“Alex wanted to create his own company and not be bound or stuck by any kind of network, so we created Vancouver Media with just him, myself and two other colleagues,” Martínez Lobato, 44, said in a video chat. (The couple were interviewed separately from their office in Madrid, each through an interpreter.)

Since its founding, Vancouver Media has cranked out the nutty melodrama “The Pier,” about two women connected by a mutual (dead) lover; the drugs-and-murder thriller “White Lines,” set on the party-happy island of Ibiza; and “Money Heist.” This output is all the more impressive given the tight creative control the couple maintains over each show, from conception to editing.

For “Sky Rojo” (which is set on another Spanish island, Tenerife), Pina and Martínez Lobato were keen to challenge themselves even further.

“We wanted to show a constant third act — all action, all the time,” Martínez Lobato said. “You take away any sequence or dialogue that is not absolutely necessary for the plot and you only use what’s extremely important and fast-paced. It is hectic and completely different from what we’re used to doing, but very stimulating.”

The central female trio is an international conglomerate of sorts made up of the Argentine singer-actress Lali Espósito; Yany Prado, from Cuba; and Verónica Sánchez, from Spain. Sánchez, who played one of the leads in “The Pier,” thought she was used to Vancouver’s fast and furious pace, but Pina gave her a heads-up when he offered the role of Coral.

“Alex came to me and said, ‘You will be a woman who is running away from a brothel where she has been held captive, and it’s action-packed so get in shape’ — he meant in terms of physicality and getting ready to fight,” Sánchez, 43, said through an interpreter. “When I received the script, I saw that the character was even crazier than I had thought.”

The self-possessed Coral, for example, starts off addicted to the powerful anesthetic propofol, which she gets through a client who is a veterinarian. No wonder Sanchez said she drank the highly caffeinated South American drink maté on the shoot every day — a fitting beverage for a show in which each episode feels like a shot of espresso.

Vancouver’s brassy approach may not be to everybody’s taste. But the distinctiveness of its productions, with their eclectic set lists, high-resolution cinematography and flamboyant plot twists, is undeniable. It all amounts to an aesthetic that the couple is happy to claim as Spanish.

“We’ve always had the same gaze from the United States in terms of fiction because they’ve been the main producers, but thanks to streaming platforms we can give a different perspective and a different spirit to any kind of genre,” Pina said. “What is local is perceived as exotic, in a good way, and people can appreciate it.”

With “Money Heist,” that appreciation reached a whole new scale — the show has become an international pop culture phenomenon. The fourth installment, which debuted in April 2020, reached Netflix’s overall Top 10 (which includes series and movies) in 51 countries. It reached the series Top 10 in 62. Halloween costumes have surfaced. The rapper Bad Bunny name-checked the character Nairobi (played by Alba Flores) in his song “Yo Perreo Sola.”

Some of the stars have become social-media royalty: Úrsula Corberó, who plays Tokyo, jumped from 600,000 Instagram followers in December 2017 to nearly 21 million now; Miguel Herrán, who plays Rio, jumped from 50,000 to 13.6 million.

This extra attention brought extra pressure to conclude the series in a satisfying manner. With restrictions over Covid-19 slowing down operations, Pina and Martínez Lobato were able to finally finish tweaking Season 5 of “Money Heist.” The thorny finale took 33 drafts.

“We are finally happy with the current version,” Pina said.

At the same time, there was a real danger that all this glitziness could backfire given the new show’s premise, which, after all, is about women trying to escape sexual exploitation. The two creators were well aware that they were on treacherous ground but the delays proved providential.

“The tone is very tricky,” Pina said. “Having time helped us rewrite all the sequences — you can sound pretentious on the drama side, and you can go to the other extreme, which is trivializing a very important subject matter.”

For Sánchez, the show is a brilliant Trojan horse.

“You always find this kind of message in social cinema and documentaries that not everybody is willing to watch,” she said. “But a series from the creators of ‘Money Heist,’ everyone is going to watch it.”