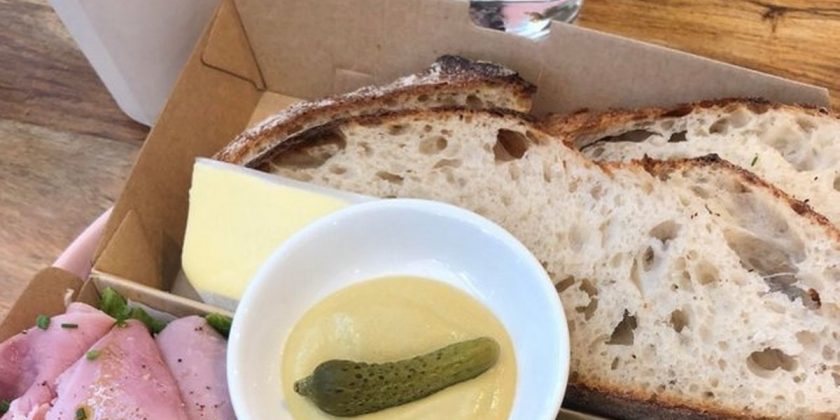 If you go into a café and order a sandwich, you’d expect your order to come back looking pretty standard.

Just your favourite filling between two slices of bread. It shouldn’t be too complicated, right? Wrong.

One person has uploaded a picture of what they claim their cousin received when they ordered a sarnie from a café in Sydney.

Instead of being presented with a straight forward ham sandwich, the customer was given all the ingredients laid out in the box – there were two slices of bread and some butter, plus ham and various salad items.

Most bizarrely of all, in the centre is a little pot of mustard with a small gherkin artfully placed in the middle.

People on Reddit have slammed the café for the "stupid" sandwich – which apparently cost a whopping $17 (£10).

"If I wanted to make a sandwich myself I would have stayed at home and done it," one user said.

"This is the worst sandwich I have ever seen, I don’t understand the appeal of deconstructing food at all," another wrote.

Others were more baffled by the salad ingredients sitting beside the sandwich.

"Who the f**k has strawberries on a sandwich?" one Reddit user asked.

Another agreed, writing: "The stupidest thing of all in that pic is the dumb strawberry!"

Not everyone criticised the deconstructed sandwich, with some saying they thought the meal looked perfectly fine.

One said: "I’m fine with this too.

"This thread is just people trying to look clever by slagging off something for looking trendy.

"Just pop the ham on the bread with a bit of mustard and enjoy a nice salad. I’d actually prefer this over a sludgy and heavy sandwich/burger lathered in sauce."

It’s not confirmed where the sandwich was bought from by the original poster’s cousin, but several people suggested it’s a café called Bread & Circus.

One person who claims to know the spot, commented: "Your cousin ordered a menu Item called "Sandwich Box". Box. Stop being outraged for nothing."

Would you have paid £10 for this sandwich? Lets us know in the comments!