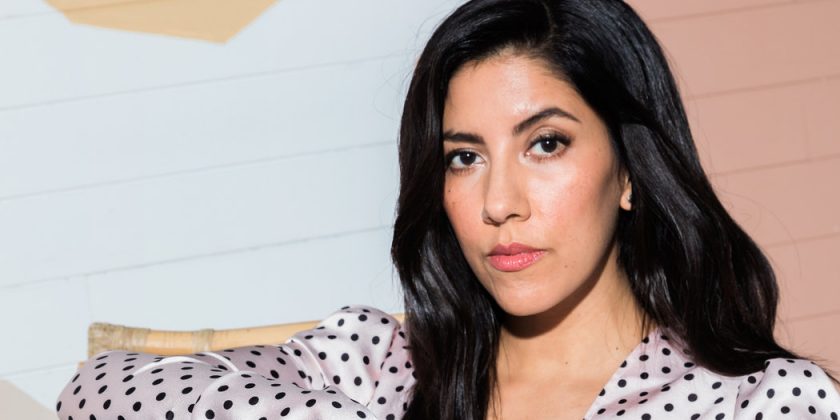 When Fox pulled the plug on “Brooklyn Nine-Nine” in May, many fans and critics were shocked. But Stephanie Beatriz, who plays the no-nonsense detective Rosa Diaz, was more cleareyed.

“I didn’t think we were done with the world of ‘Brooklyn,’ but I’m also realistic,” she said recently. “I thought to myself maybe if Netflix or Hulu picks it up and lets us finish out the ride for a few more episodes, then maybe that seems like the best-case scenario.”

Instead, NBC greenlit a 13-episode season and later extended it by five episodes — Season 6 of “Brooklyn Nine-Nine” began last week. The renewal gives fans a chance to uncover more about Rosa, a leather jacket-clad crime fighter who was only starting to open up, on a personal level, by the end of the show’s run on Fox. While Rosa had previously shared vague bits of history — like the time she got kicked out of a dance academy for “beating up the ballerinas” — her biggest reveal of all happened last season, when she came out as bisexual. 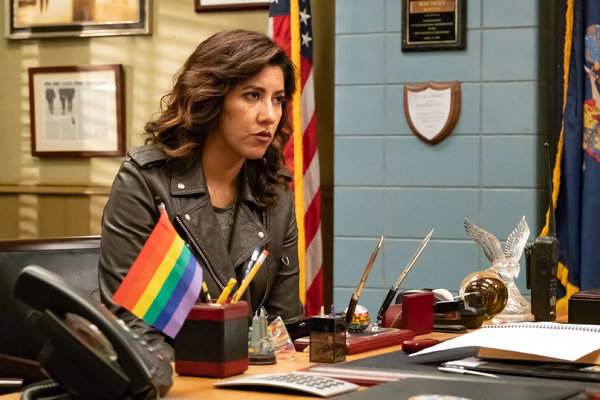 Rosa is best known to fans for her anger management issues, deadpan disposition and secrecy.

“In comedy you have the ‘straight man,’ who’s basically the deadpan, flat comedy partner,” Beatriz said. “And in ‘Brooklyn Nine-Nine,’ the bi woman is a straight man, which is hilarious.”

In reality, the generally bubbly Beatriz, 37, is the emotional antithesis of her character. Even so, she sees shades of her own personality in Rosa’s fierceness and candor, and the inspiration for the character’s bisexual identity was informed by the actress’s own life.

Beatriz disclosed that she identified as queer in a 2016 tweet, responding to an interview featuring the bisexual actress Aubrey Plaza. If the revelation on the show got attention and made Rosa’s identification official, it was not especially noteworthy to the woman who portrays her.

“Secretly in my mind, I think, I was playing her as someone who was attracted to all genders,” Beatriz said.

Born in Neuquén, Argentina, Beatriz emigrated with her parents when she was 2 years old to Webster, Tex., just outside Houston. Her interest in acting began with that perennial refuge for young outsiders: high school theater.

“That’s where the weird kids were; that’s where the gay kids felt comfortable. A lot of people of color gravitated toward that group,” Beatriz said. “I just felt like the best version of myself when I was with that group of kids.”

After high school, Beatriz graduated with a theater degree from Stephens College in Missouri, then moved to New York.

In portraying a “tough good guy,” Beatriz found inspiration in spaghetti Westerns, a genre which sometimes featured a character in an all-black get-up. She describes it as a “robot-cowboy” look: “I think I was taking elements of that archetype when I started thinking about her as a character. I remember going into the first costume fitting and saying, ‘I think it’s a lot of black.’”

Aside from her inscrutable nature, Rosa is known for her sardonic tone and dedication to being a solid detective.

But as the writers began working on Season 5, Goor asked Beatriz if she would be comfortable with Rosa coming out as bisexual, to parallel Beatriz’s own revelation.

“I was thrilled by it,” Beatriz said. She was open with the staff about her own experiences, as well as the experiences of other queer Latinos in her life, “because I wanted the story to feel real.”

True to form for the brusque Rosa, the disclosure came in two sentences: “I’m dating a woman. I’m bi.”

The actress was more forthcoming, sharing with the writers specific sentiments she had heard in her own life.

“‘Well, you’re not gay; you could still marry a man,’” she recounted. “Which is like, ‘I’m holding out hope that you’re straight, honey.’”

Beatriz was reminded again of the perceptions particular to bisexuality in October, when she did marry a man: her husband Brad Boehlefeld.

[Here is The New York Times’s list of the best movies on Netflix right now.]

“People that maybe don’t understand bisexuality completely and haven’t had a lot of experience with it, might have questioned [my marriage],” she said. “I’m in a partnership that’s monogamous for the rest of my life that’s exciting to me, but [that] may be disappointing to some fans.”

A proudly silly cop sitcom might seem like an unlikely catalyst for change, Beatriz said. But in Rosa’s progression, she sees the chance to move the emotional needle for a certain segment of the fan base.

“I’ve been watching this character on my favorite show for five seasons — now do I hate her because she’s bi?” she said, rhetorically. “I think the best learning, growing and conversations with people can come out of art, and particularly fun art that makes you laugh.”

After the brief brush with cancellation, Beatriz now gets to continue Rosa’s story line on “Brooklyn Nine-Nine.” There are hints of an evolved Rosa in the new season; in the premiere, the character’s soft side peeks through when she expresses concern over Captain Holt (Andre Braugher) losing out on the position of police commissioner. (Her gruff nature quickly returns, however, when she finds herself on the verge of losing an important case.) While Beatriz is coy about the details, she promises more evident growth for the formerly buttoned-up Rosa, who will continue to slowly let her co-workers into her life.

“I also can say the exploration of Rosa’s romantic life and her inner-workings will continue,” she said. Whatever the dubious response to her own relationships, Beatriz stated that she will keep using her platform to be a vocal LGBTQ advocate.

In Season 6, Beatriz also realized a professional goal: She directed an episode of “Brooklyn Nine-Nine,” which will air March 14. She admitted that along the way she had to overcome “me da pena,” a Spanish expression that describes the sensation of both embarrassment and the shame surrounding it.

“I think a lot of women identify with that feeling,” Beatriz said. “We’re all sort of culturally talking about this moment now where women have felt like, ‘Why haven’t I asked? Why not me?’” But she took the arrival of the once improbable sixth season of “Brooklyn Nine-Nine” as a sign that she needed to ask for what she wanted, and Goor gave her the go-ahead.

The self-doubt Beatriz once felt has inverted into a kind of fierce determination that Rosa Diaz would be proud of, she said, and she’s trying to remain open to whatever opportunities come her way.

“I just really like telling stories,” she said. “And it turns out I’m pretty good at it.”