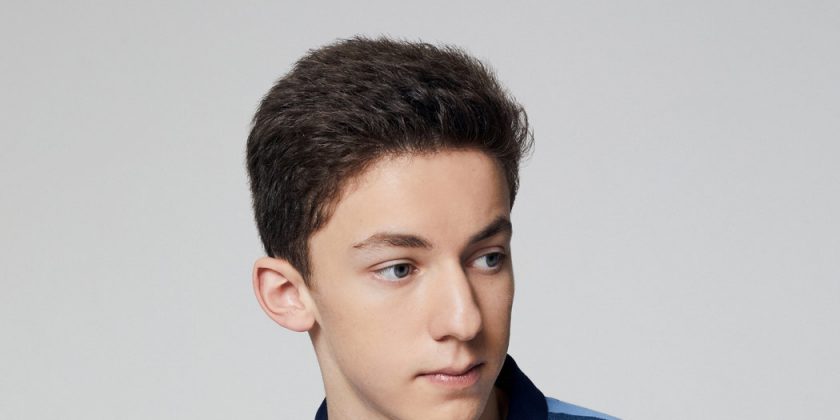 Andrew Barth Feldman has been keeping a list of people he’ll need to call when the news comes out: that he, a 16-year-old high school junior, will be making his Broadway debut this winter as the title character in “Dear Evan Hansen.”

“It’s been so hard,” Mr. Feldman, who won the best actor award at the National High School Musical Theater Awards this year, said in a phone interview last week. “Because people are aware that I have something coming up.”

But he hasn’t been able to let the cat out of the bag.

“I have a list of all the people that I’ve lied to over the past few months,” he said. “I have to text or call or email them.”

On Jan. 30, Mr. Feldman will be taking over the role of Evan Hansen — a high school senior with social anxiety — in the Broadway musical, which won six Tony Awards in 2017, including the award for best musical and best performance by a leading actor in a musical for Ben Platt. The show currently stars Taylor Trensch. Mr. Feldman will be the first teenager to lead the Broadway cast. His audition for “Dear Evan Hansen” in July was his first for a Broadway show.

“I went in that week and everything changed,” he said.

Stacey Mindich, the show’s lead producer, saw Mr. Feldman perform a song from the musical “Catch Me if You Can” at the national high school awards, known as the Jimmy Awards, earlier this year.

“Within the first 16 bars, I turned to the whole row of people who were sitting with me,” Ms. Mindich said, speaking by phone alongside Mr. Feldman. “And I mouthed the words, ‘I think that’s our next Evan Hansen.’”

So the casting director, Tara Rubin, brought Mr. Feldman in for an audition.

He described looking out at a “wall of icons” as he performed for his first Broadway tryout: Along with Ms. Mindich and Ms. Rubin, there were the show’s songwriters, Benj Pasek and Justin Paul, as well as the director Michael Greif, the playwright Steven Levenson (who wrote the book) and Alex Lacamoire (the orchestrations).

“The people watching were all of my heroes,” Mr. Feldman said.

When he got the email that he’d landed the part, Mr. Feldman was at a summer camp, directing a group of elementary schoolers.

“It was mind blowing,” he said, adding that he was “trying not to freak out in front of the little kids.”

As of Thursday, Mr. Feldman hadn’t started formal rehearsals, but he had begun to learn the music. He was taking his first photos in costume, wearing the blue, striped polo shirt that has come to represent the character.

It’s a costume that the actor has long been familiar with. He had seen the show three times before auditioning, and already had a “Dear Evan Hansen” key chain with a cartoon version of the title character, which Mr. Feldman says he got at BroadwayCon in 2018.