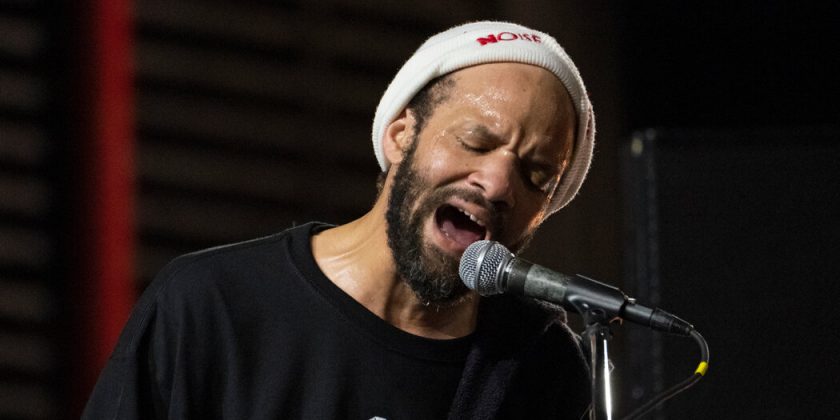 There were just two performers — one at a time — on a bare Broadway stage. But together they conjured up decades of theater lore, invoking the songs and shows and stars that once filled the grand houses in and around Times Square.

The 36-minute event, before a masked audience of 150 scattered across an auditorium with 1,700 seats, was the first such experiment since the coronavirus pandemic caused all 41 Broadway houses to close on March 12, 2020, and industry leaders are hoping it will be a promising step on what is sure to be a slow and bumpy road to eventual reopening. 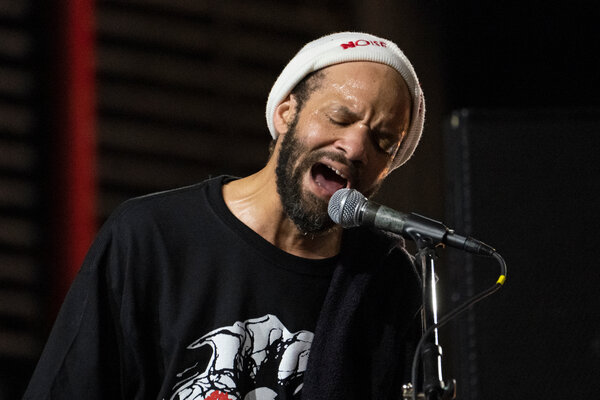 The dancer Savion Glover and the actor Nathan Lane, both of them Tony Award winners, stood in for a universe of unemployed artists and show-starved fans as they performed a pair of pieces created for the occasion.

Mr. Glover, a renowned tap dancer, performed an improvisational song-and-dance number in which he seemed to summon specters of productions past. He walked onstage, removed the ghost light that by tradition is left on to keep spirits away from an unoccupied theater, and began to sing lyric samples, accompanied only by the sound of his bright white tap shoes. “God I hope I get it,” he began, citing the yearning theme of “A Chorus Line.”

And from there, he was off, quoting from “The Tap Dance Kid,” “Dreamgirls,” “42nd Street” and other shows that he said had influenced him, often celebrating the urge to dance, while also acknowledging the challenges of the entertainment industry. (“There’s no business like show business,” he sang, before adding, “Everything about it is eh.”) He also made a pointed reference to Black life in the U.S., interpolating the phrase “knee-on-your-neck America” into a song from “West Side Story.”

“I was a little nervous, but I was elated, and happy, and there was nostalgia, and I was sentimental — it was everything,” he said in an interview afterward. “And I felt very safe. I want to be rubbing elbows and hugging — we’re looking for that eventually — but there’s no more safe place than right in the middle of that stage.”

Mr. Lane, one of Broadway’s biggest stars, performed a comedic monologue by Paul Rudnick, in which he portrayed a die-hard theater fan (with an alphabetized Playbill collection) who dreams (or was it real?) about a parade of Broadway stars, led by Hugh Jackman, Patti LuPone and Audra McDonald, arriving at his rent-controlled apartment and vying for his attention while dishily one-upping one other. (“Have you ever heard of a little show called ‘Evita’?” Ms. LuPone, Broadway’s original Eva Perón, asks Mr. Jackman, to which he retorts, “I loved the movie with Madonna,” at which point Ms. LuPone grabs a steak knife.)

In an interview after the event, Mr. Lane said: “These are baby steps toward a real reopening. It’s a way of signaling to everyone that we’re coming back.”

And did he feel safe? “I felt as safe as anyone who has been vaccinated and tested 123 times,” he said. “I’ve been swabbed. I’ve been hosed down. There were a lot of precautions and protocols, so yes, I felt safe.”

The event’s safety measures included the limited audience, mandatory masks and socially distanced seating. Plus, all attendees were required to show proof of a negative coronavirus test or a completed vaccination regimen and to fill out a digital questionnaire attesting to an absence of Covid-19 symptoms or recent exposure; attendee arrival times were staggered; there was no intermission, food or drink; and although bathrooms were open, attendees were encouraged to use a bathroom before arriving to reduce potential crowding.

The St. James, a city historic landmark built in 1927, was chosen in part because it’s big — one of the largest theaters on Broadway — and empty. The theater also has a modern ventilation system, which was installed when the building was expanded in 2017, and its air filters were upgraded during the pandemic in an effort to reduce the spread of airborne viruses.

The theater’s owner, Jordan Roth, teared up in the lobby before the event, moved by the moment. “It’s the first step home — the first of many,” he said. “This is not, ‘Broadway’s back!’ This is ‘Broadway is coming back!’ And we know it can because of this.”

The event, while free, was by invitation only, and the invitations went mostly to workers for two theater industry social service organizations, the Actors Fund and Broadway Cares/Equity Fights AIDS. Among them was a Broadway Cares volunteer, Michael Fatica, who is an actor; he was in the ensemble of “Frozen,” which was the last show at the St. James, and which has announced that it will not reopen on Broadway. “They were fantastic,” he said afterward. “And it’s incredible that people are performing. But it’s so far away from commercial theater, and tens of thousands of actors are still out of work.”

The event was also a chance to bring back the theater’s employees. Tony David, a porter, was there wearing his black suit and a tie and hat with the logo of the Jujamcyn theater organization, plus latex gloves and a face shield over a mask. “It’s nice to be back and doing something,” he said. “Hopefully this is the beginning.”

The event was directed by Jerry Zaks, a four-time Tony winner, who over the years has both acted and directed at the St. James. “This has been the longest I have not been inside a theater in 50 years,” he said. “I don’t want to sound giddy, but I’m excited, and I feel like a kid. There is a pulse — it’s faint, but there is one, and it augurs well for the months ahead.”

The performance was sponsored by NY Pops Up, which is a partnership among the state government, the producers Scott Rudin and Jane Rosenthal and the artist Zack Winokur. Empire State Development, which finances the state’s economic development initiatives, has set aside $5.5 million from its marketing budget to pay for 300 performances through August; the purpose, the state says, is to lift the spirits of New Yorkers and to jump-start the entertainment industry.

The organizers said they would confer on Monday morning about lessons learned from the Saturday event, and they anticipate nine other programs in Broadway houses over the next 10 weeks. But most producers expect that full-scale plays and musicals will not return to Broadway until the fall; commercial theater producers have said they do not believe it is financially feasible to reopen at reduced capacity, and the state is hoping to increase occupancy limits and reduce restrictions over time.

“I don’t have a crystal ball — none of us do, but we have shows scheduled to reopen in September, October and November,” said Charlotte St. Martin, the president of the Broadway League. Ms. St. Martin, who attended the Saturday event, said the Pops Up performances could be helpful steps toward reopening.

“It will give the health department the opportunity to see how the theaters work, and hopefully to learn what it will take for us to be declared OK to open at 100 percent,” she said. “And it’s also a great opportunity to remind us all of what makes New York so special.”