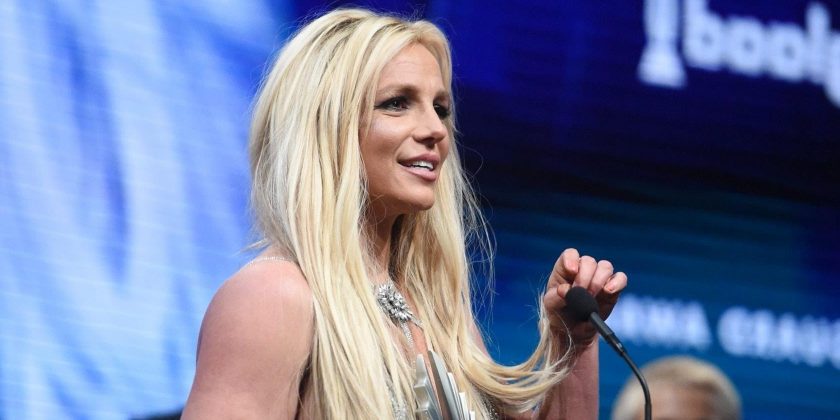 In a bittersweet Instagram post, the star explained to fans why she has been pretending to be OK all these years, and why she’s going to start reading more fairytales…

As the world continues to be rocked by revelations from Britney Spears’ heartbreaking 24-minute testimony in court on Wednesday (23 June), the star returned to Instagram for the first time on Thursday night to share with fans how she has coped from the past 13 years of living under the “abusive” conservatorship.

She began: “I just want to tell you guys a little secret… I believe as people we all want the fairy tale life and by the way I’ve posted… my life seems to look and be pretty amazing…I think that’s what we all strive for!!!!”

Anyone who has followed Spears on Instagram in recent years knows this to be semi-true. The singer’s social media posts have been a mix of selfies and dance videos, kittens and quotes, with the kind of emoji-filled captions you’d find from a fun aunt. But there’s always been something a little unsettling about her feed, particularly if you’ve been following the #FreeBritney movement and seen the documentaries that have come off the back of it,

Any speculation that Spears has been smiling through gritted teeth was finally confirmed as she shared her shocking testimony at Wednesday’s hearing. With allegations including being forced to have an IUD to prevent her from having more children, Spears says she has been left “traumatized” by the arrangement. Her lawyers took to court to request that her father Jamie be replaced as conservator by her care manager, Jodi Montgomery.

Spears continued in her post, “That was one of my mother’s best traits… no matter how shitty a day was when I was younger… for the sake of me and my siblings she always pretended like everything was ok.”

“I’m bringing this to people’s attention because I don’t want people to think my life is perfect because IT’S DEFINITELY NOT AT ALL… and if you have read anything about me in the news this week… you obviously really know now it’s not!!!”

“I apologize for pretending like I’ve been ok the past two years… I did it because of my pride and I was embarrassed to share what happened to me … but honestly who doesn’t want to capture their Instagram in a fun light!!!!

“Believe it or not pretending that I’m ok has actually helped…so I decided to post this quote today because by golly if you’re going through hell….I feel like Instagram has helped me have a cool outlet to share my presence… existence… and to simply feel like I matter despite what I was going through and hey it worked… so I’ve decided to start reading more fairy tales!!!!!”

While some will take comfort in Britney’s post here, where she appears to be finally sharing her truth, many people will undoubtedly still be alarmed. Not only because of its jarring enthusiasm, but by looking closely at what she’s actually saying here.

Scroll through Instagram on any given day and you’ll pass some form of “It’s OK not to be OK” post on a pastel background. What Spears is saying (if we ignore speculation that it’s not actually her posting) is that, actually, sometimes that’s not going to cut it.

What Spears has had to endure over the past 13 years is beyond what most of us can comprehend. I’m not going to try and put myself in her brain, but it’s probably safe to say, at points, she probably thought she was going to be trapped in this situation forever. So if turning to fairytales and shiny-happy-thinking was going to help get her through the day as a coping mechanism, then who are we to tell her otherwise?

If her decision to start “reading more fairy tales” rings alarm bells with you, because you interpret it as her living in some kind of fantasy land, rest assured that fairytales have been found to have multiple benefits for emotional wellbeing.

In a 2016 paper from the University of Hawaii, writer Leilani VisikoKnox-Johnson comments on the positive impacts of fairytales for children, saying, “Fairy tales are an important part of a child’s development, especially in terms of their consciousness and moral development.

“Children usually don’t know how to deal with basic human conflicts, desires, and relationships. Fairytales offer a healthy way of dealing with these conflicts and finding a resolution to them.”

VisikoKnox-Johnson concludes that, “fairy tales provide a way of expressing oneself within the confines of a text and a story and helps one reach a resolution in times of conflicting states of mind. These situations are intrinsic to the individual’s emotional and social development which can represent complex problems or inhibiting obstacles.”

Looking after your mental health, particularly when you’ve been through trauma, sometimes requires more than just giving yourself permission to feel. Many people then require tangible ways to process their emotions and work through their problems, or simply cope with the day-to-day hell they’re living through.

Since the court hearing, Spears has since been seen in Instagram posts and Stories shared by her partner Sam Asghari. They’re messing around, having fun and, by the looks of things, jetting off to somewhere lovely.

Let’s hope this is the start of Spears’ healing, and her real-life Happily Ever After…