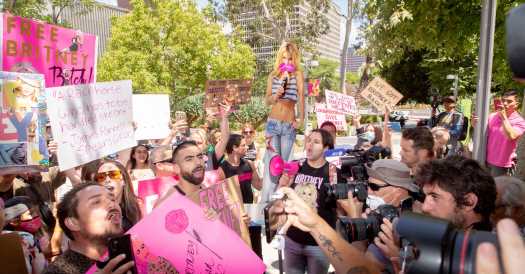 Three weeks after Britney Spears denounced the conservatorship that has long controlled her life as abusive in an impassioned speech before a Los Angeles judge, the case is set to return to the courtroom on Wednesday.

There is much to discuss.

Since the June 23 hearing, there has been a flurry of court filings by those involved in managing the conservatorship that oversees both her and her estate. The singer’s father, James P. Spears, who has controlled his daughter’s finances since 2008, has called for an investigation into Ms. Spears’s many claims and, according to rival lawyers, sought to deflect blame for her complaints onto others. Jodi Montgomery, a professional conservator who took over Ms. Spears’s personal care from her father in 2019, has pushed the blame right back.

And several players, including Ms. Spears’s longtime court-appointed lawyer, have expressed their wishes to end their involvement in the case as she seeks to hire a top-tier firm that could help in her push to end the arrangement altogether.

Days after Ms. Spears told the court that she had been abused under her conservatorship — saying that she was forced to take mood-stabilizing drugs and was prevented from removing her birth control device, placing the blame for her treatment on her management team, caretakers and family — her father called for an investigation.

Mr. Spears has been the key player in the arrangement from the beginning. In 2008, he filed to gain control of the singer’s business and personal affairs amid concerns about her mental health and potential substance abuse. In her speech, Ms. Spears described her father as someone who had approval over everything in her life, saying, “he loved the control.”

In court filings, Mr. Spears’s lawyers requested an evidentiary hearing into his daughter’s account, writing, “it is critical that the Court confirm whether or not Ms. Spears’s testimony was accurate in order to determine what corrective actions, if any, need to be taken.”

They also attempted to distance Mr. Spears from questions about her well-being, arguing that he was “simply not involved in any decisions related to Ms. Spears’s personal care or medical or reproductive issues” after late 2019, and had been cut off from communicating with her.

The lawyers said that any questions about Ms. Montgomery’s tenure as conservator would be addressed in a “comprehensive Care Plan” they were preparing with the singer’s medical team, which would “also offer Ms. Spears a path to ending her Conservatorship of the Person, as she so unequivocally desires.”

But if there was to be an investigation, Ms. Montgomery asked that it wait until Ms. Spears has a lawyer who will “fully represent her interests.”

In her speech, Ms. Spears raised questions about whether her court-appointed lawyer for the past 13 years, Samuel D. Ingham III, had done enough to educate and support her. In a particularly shocking claim, Ms. Spears said that she did not know that it was possible for her to petition to terminate the conservatorship.

Last week, Mr. Ingham asked the court to step down from his role, a request that is subject to approval from the judge overseeing the case, Brenda Penny. A law firm that Mr. Ingham had recently brought on to assist him, Loeb & Loeb, also submitted a resignation letter.

In 2008, Mr. Ingham was appointed by the court after Ms. Spears, who was hospitalized at the time, was determined by a different judge to be incapable of hiring her own lawyer. The court could make the same determination now, or allow Ms. Spears to choose her own counsel.

A lawyer for the singer’s mother, Lynne Spears, who is an interested party in the conservatorship, has also asked the court to allow the singer to choose her own lawyer, arguing that her daughter should not be held to a decision made in 2008: “Her capacity is certainly different today.” The American Civil Liberties Union on Monday filed an amicus brief in support of the court’s allowing Ms. Spears to choose her next lawyer herself, potentially alongside trusted, neutral advisers.

Mathew S. Rosengart, a prominent Hollywood lawyer and former federal prosecutor, plans to attend the hearing to begin the process of taking over as Ms. Spears’s counsel, according to a person briefed on the matter. He would take a more aggressive approach and push for the conservatorship to end, the person said.

Ms. Montgomery filed her own request for the court to appoint a guardian ad litem who would be assigned solely to help Ms. Spears choose a new lawyer. The filing stated that Ms. Spears had been “repeatedly and consistently” asking for Ms. Montgomery’s assistance in finding one.

3. Who Will Be in Charge of Ms. Spears’s Finances?

Ms. Spears’s fortune, which is now estimated near $60 million, has been controlled by her father (sometimes alongside a co-conservator) for the entirety of the conservatorship; a wealth management firm, Bessemer Trust, was appointed as a co-conservator last year after Ms. Spears requested that her father be removed from the role.

About a week after the June 23 hearing, Bessemer Trust requested to resign from the arrangement, according to court documents, citing Ms. Spears’s criticisms of the arrangement. Once the firm became aware of Ms. Spears’s wish to terminate the conservatorship, the filing said, Bessemer no longer wished to be involved.

The question for Judge Penny will be whether Mr. Spears will be allowed to remain as the sole conservator of Ms. Spears’s estate, despite both a formal request from her lawyer and now an emotional plea that he be removed.

Since Ms. Spears’s speech, there has been a “marked increase in the number and severity of threatening posts” about Ms. Montgomery on social media, as well as other communications threatening violence or death against her, she said in a court filing.

As a result, Ms. Montgomery has asked the court to require Ms. Spears’s estate to pay for her security, if Mr. Spears approves. A court filing on her behalf said that Ms. Montgomery sent the threats to the security company that Mr. Spears used, and it recommended that she retain 24/7 protection.

Mr. Spears has objected to that arrangement. In his own court filing, lawyers asserted that Ms. Montgomery’s security services would exceed $50,000 per month for an indefinite period — an expense he called unreasonable. He also argued that such payments would set a standard in which Ms. Spears would need to cover security costs for anyone receiving threats as a result of the high-profile case.

“Ms. Montgomery is not the only person involved in this conservatorship who has received threatening communications and/or death threats,” lawyers for Mr. Spears wrote.

5. Is a Request to End the Conservatorship on the Way?

The legal machinations that have followed the June 23 hearing all lead to the same question: Will Ms. Spears formally appeal to terminate the conservatorship?

It was possible for the request to have been made come within days of Ms. Spears’s address to the court, but her court-appointed lawyer’s resignation complicated matters.

If the judge deems the singer capable of picking her new lawyer, the petition could be filed soon after that person is approved by the judge. Then, it is possible that someone else representing the conservatorship — most likely Ms. Spears’s father — could object to the termination, triggering a trial before the judge makes a final decision.

In her remarks in court, Ms. Spears repeatedly said that she wanted to terminate the conservatorship without additional psychological evaluations, which she had found invasive over the years. But that may be an uphill battle, especially if one of Ms. Spears’s conservators opposes ending the arrangement.

Chris Johnson, a trust and estate lawyer in California who has worked with conservatorships and is not involved in the Spears case, said that judges tend to rely heavily on the opinions of medical experts in considering whether to end a conservatorship and that Ms. Spears would probably have to be evaluated again, possibly before being allowed to hire her own lawyer.

“In many cases, it can be harder getting rid of a conservatorship than establishing it in the first place,” Mr. Johnson said.