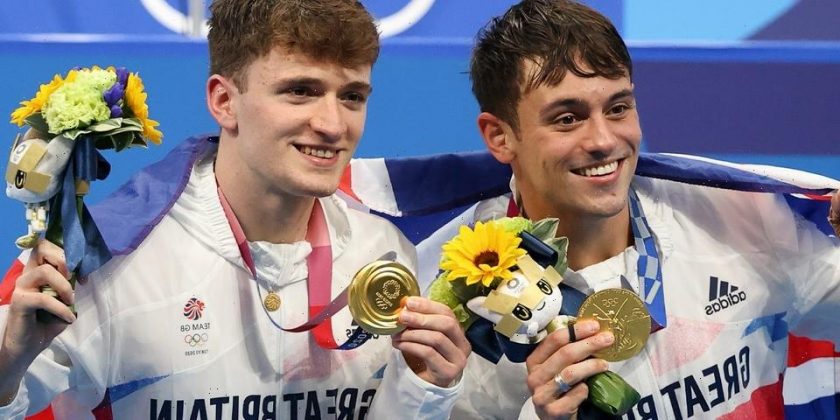 Great Britain‘s Tom Daley is an Olympic gold medalist by day and a YouTuber by night. Recently, the 27-year-old hit a career-high and took home a gold medal with teammate Matty Lee in the men’s synchronized 10-meter platform dive.

In his off-time, Daley took to his YouTube channel to share what the Olympic Village in Tokyo looks like. Daley begins the video by showing the inside of his four-bedroom apartment which overlooks Tokyo Bay. He also debunks the myth that the cardboard beds are given to athletes as “anti-sex” beds. Rather, Daley confirms that the beds are designed to be eco-friendly. Other items in the room using cardboard are the wardrobes.

Each athlete is able to take home the Tokyo Olympics-branded duvets. As well, a Sony PlayStation is included in each apartment for any downtime gaming. Daley takes viewers on a tour of the village itself showcasing each country’s large-scale buildings. He also points out the futuristic self-driving electric buses that run throughout the complex to get athletes and coaching teams to their destinations.

The village also includes a 24-hour food hall. Other amenities include a general shop, hair salon and gift store that sells officially Olympics merch. Take a look at the full tour above.

In other Tokyo news, Japan’s perception of skateboarding could change thanks to the Olympic wins.
Source: Read Full Article