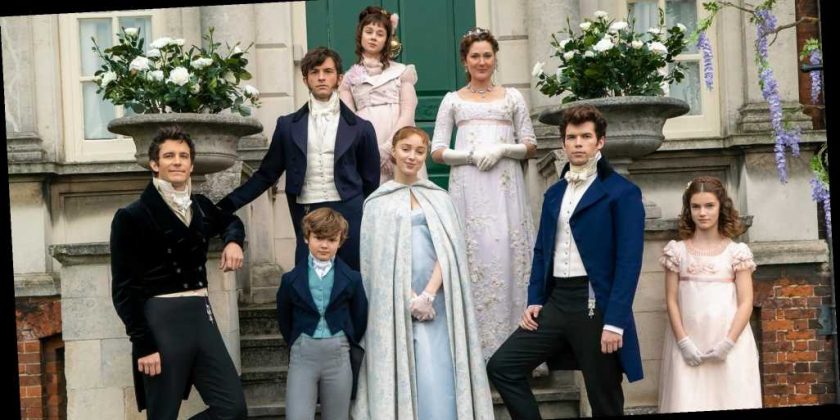 Another scoop worthy of Lady Whistledown’s Society Papers: The cast of Bridgerton is nearly unrecognizable outside of the show.

The Netflix series, which premiered in December 2020, quickly won over viewers with its grand set pieces and lavish 19th-century aesthetics. The actors, including Phoebe Dynevor, Regé-Jean Page, Jonathan Bailey and Nicola Coughlan, were relative newcomers to many when Bridgerton became the most successful show in the streaming platform’s history. So, seeing what the stars look like in the real world is surprising — to say the least.

Part of the magic that makes Bridgerton feel authentic as a period piece comes from the costumes. “Basically, all together, inclusive of our principal wardrobe, there were costume pieces equaling 7,500,” costume designer Ellen Mirojnick told Harper’s Bazaar in December 2020, noting that the figure refers to individual items rather than outfits. “It’s kind of like cooking. You need to have the ingredients to be able to make the costume that’s necessary.”

The creatives behind the show, which is based on Julia Quinn’s book series, brought new life to the characters by infusing the Regency era “with a bit of a modern sensibility,” thanks to embellishments, bright colors and more contemporary twists. “Make it aspirational, intriguing, and with somewhat of a layer that would actually be very imaginative,” Mirojnick explained.

Hair and makeup factored into the cast’s transformations too. “The overall concept for the Bridgerton world allowed for an unconventional approach to just about everything,” Mirojnick noted. “Our first conversations regarding character design always included hair and makeup. After studying our look books and discussing design direction, everyone interpreted historical references into our ‘new norm’ for the show. The hair and makeup designers were on exactly the same page and followed suit.”

Makeup and hair designer Marc Pilcher used the characters’ beauty looks to convey more than just the time period. “I like to see how I can represent a character’s personality through the hair and makeup,” he told Vogue in January 2021. “For instance, I wanted to reflect the no-nonsense attitude of Eloise — who is a free thinker and a feminist — so I gave her a mullet, which was in fashion in Regency times.”

Diverse casting allowed for expanded opportunities as well. “From a design point of view, it was amazing,” Pilcher said. “When I researched Queen Charlotte and found out that she was of African descent, it gave me so much more scope to create her beautiful looks. I used the silhouettes of the period but in a celebration of her ethnicity, I used locks, braids and Afro-textured styles. Her giant Afro was in the shape of a Gainsborough wig, but influenced by Beyoncé as Foxxy Cleopatra in Austin Powers in Goldmember.”

Scroll through the gallery below to see what the cast of Bridgerton looks like on screen and off!