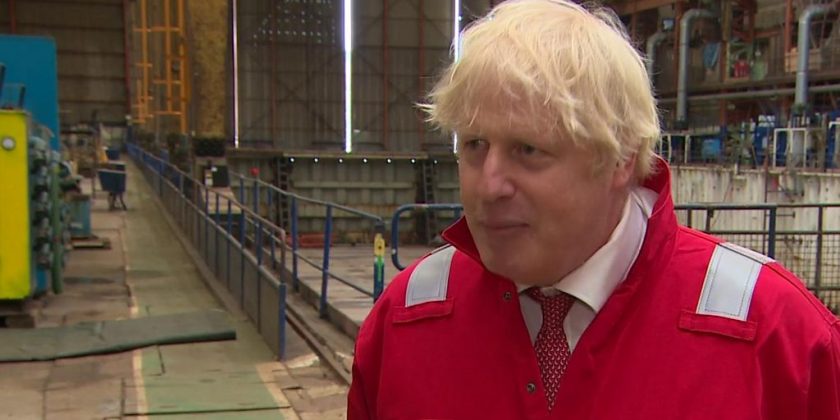 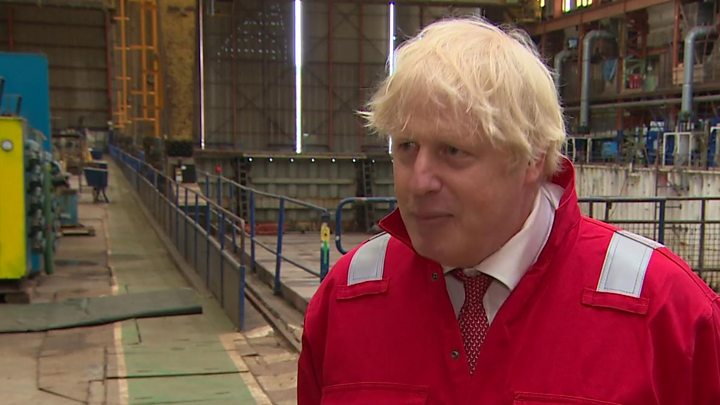 Prime Minister Boris Johnson says he is opposed to the BBC’s decision to play instrumental versions of Land of Hope and Glory and Rule, Britannia! at the Last Night of the Proms next month.

“I think it’s time we stopped our cringing embarrassment about our history,” he told reporters.

Media reports have suggested the lyrics are being dropped due to associations with colonialism and slavery.

But the BBC says the decision was prompted by Covid-19 restrictions.

Fewer performers will be allowed on stage, which makes it harder to perform the songs with a traditional chorus.

A BBC spokesperson said: “For the avoidance of any doubt, these songs will be sung next year. We obviously share the disappointment of everyone that the Proms will have to be different but believe this is the best solution in the circumstances and look forward to their traditional return next year.”

Earlier, the BBC’s director general Tony Hall said he felt the move to include instrumental versions of Rule, Britannia! and Land of Hope and Glory for this year’s performance was the right one.

“I think they have come to the right conclusion,” he told the BBC’s media editor, Amol Rajan.

“It’s very, very hard in an Albert Hall that takes over 5,000 people to have the atmosphere of the Last Night of the Proms and to have things where the whole audience normally sing along – it’s quite hard creatively, artistically to make that work.” 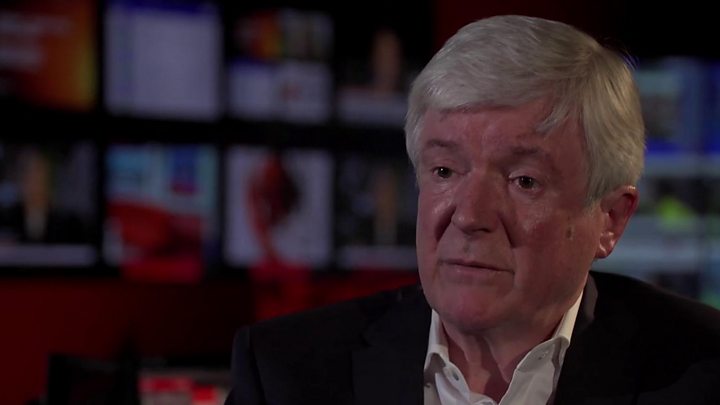 He added: “We have come to the right conclusion which is a creative conclusion, an artistic conclusion… it is there in a medley of instrumentals playing around sea shanties and all of that and I suspect it will be back next year.”

The concert is due to take place on 12 September, without an audience and with limited performers at the Royal Albert Hall, due to concerns around Covid-19.

Responding to the news of this year’s changes, Mr Johnson told reporters: “I cannot believe… that the BBC is saying that they will not sing the words of Land Of Hope And Glory or Rule Britannia! as they traditionally do at the end of The Last Night of The Proms.

“I think it’s time we stopped our cringing embarrassment about our history, about our traditions, and about our culture, and we stopped this general fight of self-recrimination and wetness.

“I wanted to get that off my chest,” he added.

A Labour Party spokesperson responded: “The pomp and pageantry of the Last Night of the Proms is a staple of British summer.

“The running order is a matter for the organisers and the BBC, but enjoying patriotic songs does not – and should not – present a barrier to examining our past and learning lessons from it.”

In a statement on Monday evening, BBC Proms said it was announcing the concert’s programme following recent speculation.

The whole debate was initially sparked by an article in The Sunday Times, which suggested the songs could be dropped completely in the wake of the recent Black Lives Matter protests.

The newspaper claimed there were concerns by key members of the orchestra about their associations with the British Empire, colonialism and slavery.

The Proms said there would be new orchestral versions of Land Of Hope And Glory, and Rule, Britannia!, as well as a new arrangement of Jerusalem, which will be sung.

“With much reduced musical forces and no live audience, the Proms will curate a concert that includes familiar, patriotic elements such as Jerusalem and the National Anthem, and bring in new moments capturing the mood of this unique time, including You’ll Never Walk Alone, presenting a poignant and inclusive event for 2020,” the statement said.

“In it I remember the Commonwealth nations and am dedicating the work to the Windrush generation,” tweeted the Belize-born British musician.

Why is Rule, Britannia! controversial?

Rule, Britannia! was set to music by Thomas Arne in 1740, and its lyrics were based on a poem by James Thomson.

It contains verses such as: “The nations, not so blest as thee / Must, in their turns, to tyrants fall.

“While thou shalt flourish great and free / The dread and envy of them all.

“Rule, Britannia! rule the waves / Britons never will be slaves.”

Land Of Hope And Glory makes similar reference to the “might” of the former British Empire, which some people today find problematic.

‘A panic about race’

“The principal reason it has no confidence… is that there is no ethnic diversity at the top of its decision-making tree.

“What you have is rooms full of white men panicking that someone is going to think they are racist.”

Broadcaster and choirmaster Gareth Malone has suggested the anthems are outdated, tweeting: “It’s time for Rule Britannia! to go.”

Speaking on BBC Radio 4’s Today programme, he called for a “compromise” of a single voice performing the tune, rather than the usual sing-along version.

“Let’s just have a single voice singing those words proudly,” he said. “There’s nothing wrong with a bit of tradition, and it’s a beautiful tune.”

Chi-chi Nwanoko runs the Chineke! Foundation, which aims to provide opportunities for black, Asian and ethnically diverse classical musicians in the UK and Europe.

She told the BBC: “We find it offensive.

“For any conscious black person who is aware of their history, the empire and colonialism, for example, they will struggle to enjoy the patriotic jingoism of these songs.”