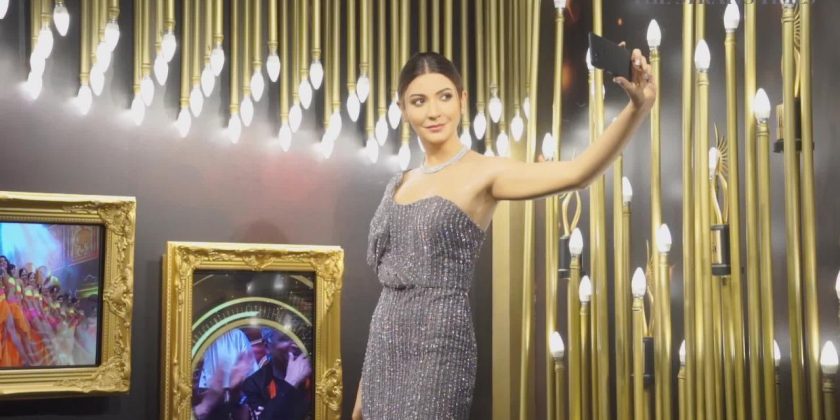 “There are times when you meet a fan and they come and talk to you for five minutes and they don’t ask you for a picture. And I really value that a lot more than a selfie,” Sharma tells The Straits Times. “Well, now people can come (take a selfie) here.”

Visitors will be able to pose with her wax figure, which is dressed in a silvery gown and holding a phone. The picture is then uploaded to a digital screen in the International Indian Film Academy (IIFA) Awards Experience zone in the museum. They can also send it to themselves to share on social media platforms.

Sharma, who has hit films such as Band Baaja Baaraat (2010) and Sultan (2016) to her name, demonstrated how the interactive process works.

The likeness was so authentic, it prompted her to exclaim: “It’s so freaky.”

Just like the real Sharma, the figure talks too, spouting lines recorded by the actress such as, “Come take a selfie with me.”

She was so impressed by it that she already has plans to bring her parents to the museum.

“If they think it’s real, then we know it’s real – because they made me,” she quipped.

The IIFA zone at Madame Tussaud’s Singapore alsohouses wax figures of other Bollywood A-listers, such as Shah Rukh Khan, Amitabh Bachchan and Kajol.

“The fact that someone can be so loved and so popular that someone decides to immortalise you in wax, and now to unveil one of my own, feels surreal,” she adds.