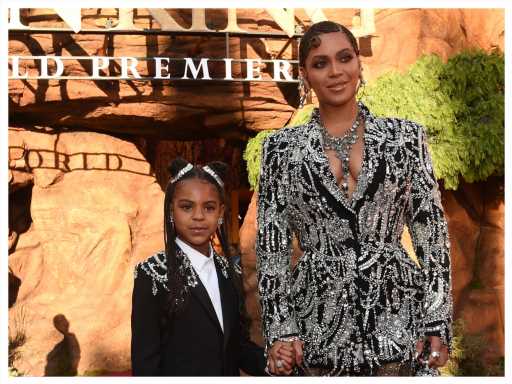 Those musical genes run in the Knowles-Carter family! Blue Ivy Carter is proving that she inherited that performing talent from both mom Beyoncé and dad Jay Z — but grandmother Tina Knowles thinks Blue Ivy reminds her of another family member. In a new Instagram video, Tina shares that Blue Ivy dances just like her aunt Solange Knowles did when she was little.

The cute video (most likely taken pre-pandemic) shows a 9-year-old Blue Ivy in a white tank top with a rainbow across the front matched with an adorable white tennis skirt. The dance studio is filled with little girls dressed in their pink tights and leotards moving and grooving to the beat, but it’s Blue Ivy who is crushing it out there. She totally pops off to DJ Baddmixx’s “Warm-Up 8” and proves that her dance skills are miles ahead of her friends.

Grandma knows how good her granddaughter is and proudly brags, “This is Blue but I swear it looks like Solange dancing at this age.” This isn’t a surprise to anyone considering she’s already an award-winning songwriter after nabbing a BET Soul Train Award and an NAACP Image Award for her contributions to Beyoncé’s and WizKid’s “Brown Skin Girl.” If that isn’t enough, the three of them are also nominated for a Grammy Award this year for the song, making her one of the youngest nominees in Grammy history, according to Billboard.

Beyoncé has been a big proponent of giving her daughter opportunities to encourage her talent and share her gift. The icon told British Vogue that it’s been an important part of how she is raising Blue Ivy. “Something cracked open inside of me right after giving birth to my first daughter,” Beyoncé told the magazine. “From that point on, I truly understood my power, and motherhood has been my biggest inspiration. It became my mission to make sure she lived in a world where she feels truly seen and valued.”

It looks like Blue Ivy is not shying away from the spotlight, and with all she’s accomplished already, we expect more big things to come in the future.

Before you go, click here to see things you may not know about Blue Ivy Carter. 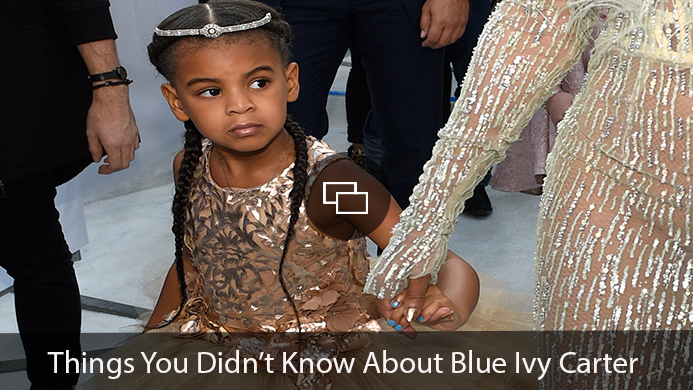