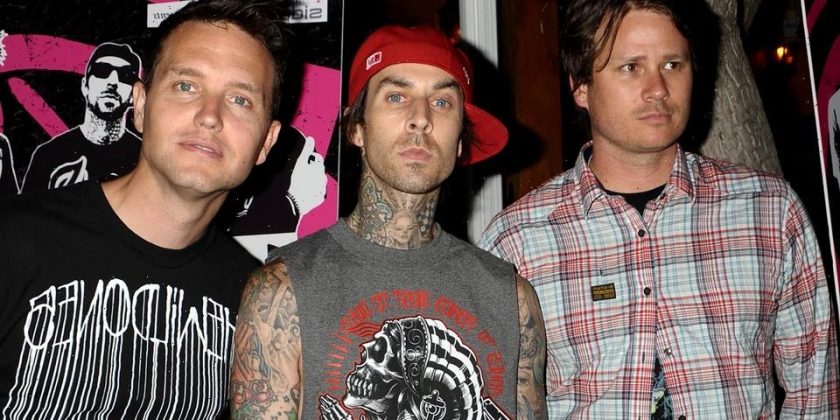 As a guitarist and vocalist, DeLonge went on to release Blink-182’s 1995 debut LP Cheshire Cat, followed by 1997’s Dude Ranch. Raynor departed the band in 1998 and was replaced by Travis Barker. The new trio’s first album together, Enema of the State, landed shortly after in 1999.

2001 saw the release of Blink-182’s breakout LP Take Off Your Pants and Jacket. DeLonge and Barker teamed up the following year, forming a duo called Box Car Racer and releasing a single eponymous project. Blink-182 then put out a self-titled album in 2003 before announcing its indefinite hiatus.

The band joined forces once again for a reunion tour before debuting its last album with DeLonge attached, entitled Neighborhoods. DeLonge left Blink-182 in 2015, notably breaking the news to his fellow band members via an email from his management.

Several years later, there doesn’t seem to be any bad blood between DeLonge, Hoppus and Barker. The iconic trio will be releasing a new single “Edging” this Friday, October 14. The band will unveil a full-length album next year and embark on a worldwide tour with support from Turnstile, beginning in Tijuana, Mexico, on March 11.

In other music news, Cardi B’s unofficial remix of Ice Spice’s “Munch (Feelin’ U)” will not be released.
Source: Read Full Article