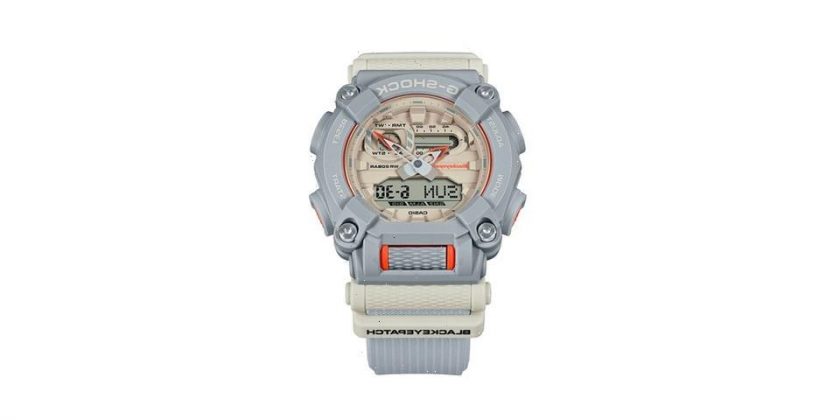 CASIO G-SHOCK watches have long been known for their heavy-duty base model. Since 1983, the brand has been a huge hit for those looking for a digital watch that could do it all. BlackEyePatch has reunited with G-SHOCK once again to debut its new understated collab. Just last year, the brands joined forces to release a new watch that was an ode to the Japanese Daruma.

The latest collab offers a minimal design that still highlights the watch’s iconic tough exterior. Based on the original models of the GA-900, the watch comes in a light grey and off-white colorway with accents of neon orange to add an extra highlight to the details. The BlackEyePatch branding is seen engraved on the back of the watch. The wrist piece features a replaceable cloth band that features a printed graphic of the BlackEyePatch logo. The band can be interchanged with a plastic, light grey strap for the added heavy-duty look.

In other watch news, the Apple Watch Series 7 is expected to be delayed.
Source: Read Full Article