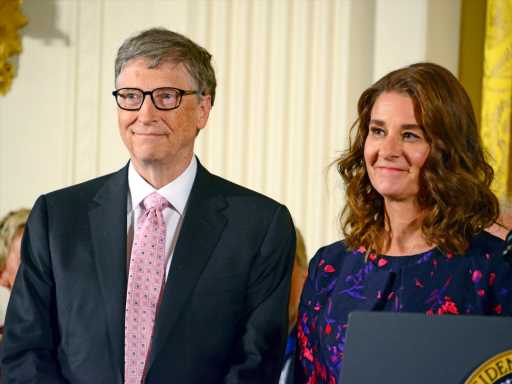 Bill and Melinda Gates may be more like the rest of us than we ever knew. Of course, we will never experience their level of wealth, but their marital problems are much like many ordinary people. While a source is telling People that it was a “combo of things” that led to their divorce, they hung on for a reason many parents do. 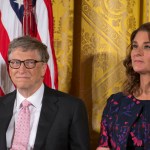 With their youngest daughter, Phoebe, 18, about to graduate from high school and head off to Stanford University in the fall, there was very little reason for Bill and Melinda to stay married any longer. “They limped through until their kids were out of school like a lot of people,” the insider added. That adds even more believability to the rumor that the couple had been planning their split for quite some time.

“We are told that there is already a separation agreement. And that’s typical for celebrity high net worth divorces of this caliber,” Leslie Barbara, Chair of the Divorce and Family Law Group Davidoff Hutcher & Citron LLP, exclusively told SheKnows. “They negotiate terms first and then they announce. Bottom line is that this was brewing for a while before the public was let in on it.”

It also allows for each of their kids — they also share son Rory, 21, and daughter Jennifer, 25 — to have the same familial experience of having both parents in the home for those major childhood milestones. Bill and Melinda might have been drifting apart as romantic partners, but they have remained solid in their roles as mom and dad to Phoebe. It’s probably one of the few times we will be able to say that this Gates’ family moment is completely relatable.

The couple is also doing their best to keep the drama out of the headlines, not only for their family, but for the continuation of the work they have done at the Bill and Melinda Gates Foundation. The source believes that their “credibility” is important to them for the philanthropic work they have ahead and they aren’t looking to “invite more scrutiny” as to why their marriage broke down.

The one thing all of the Gates family is asking for is space as they work through the idea that their family dynamic is about to change. “It’s been a challenging stretch of time for our whole family,” Jennifer wrote on her Instagram Story earlier this week. “I’m still learning how to best support my own process and emotions as well as family members at this time, and am grateful for the space to do so.”

It’s a simple ask and one that is easy to understand given the fact that this divorce announcement was heard around the world.