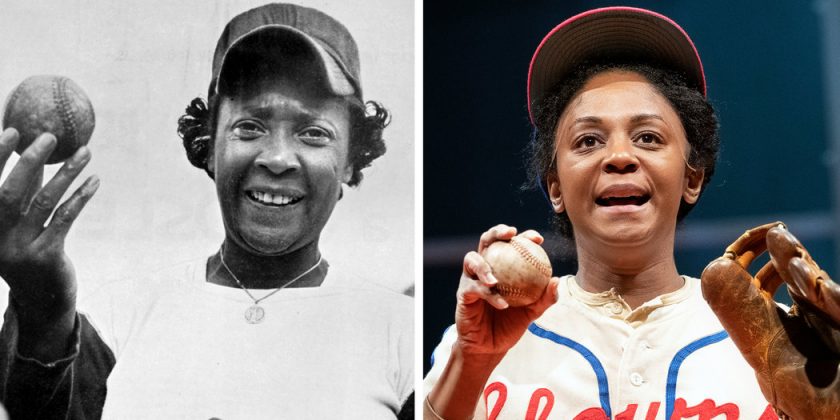 Even if you’ve never watched a single baseball game in your life, you’ve likely heard of Jackie Robinson and Satchel Paige. And you’ve probably watched the 1992 movie “A League of Their Own,” which tells how the world’s first all-female baseball league came to be.

No sport is more often used to tell the story of America than baseball. Yet Marcenia Lyle Stone, known as Toni, who became the first woman ever to play big-league professional baseball when she took the field as a second baseman for the Negro Leagues’ Indianapolis Clowns in 1953, has largely been relegated to a footnote in history: one in a long list of African-American women who endured hardships, overcame discrimination and helped shape the nation only to be shoved aside, their contributions minimized.

But with a new Off Broadway play, “Toni Stone,” now in previews, the playwright Lydia R. Diamond aims to correct the injustice that Stone isn’t as culturally ubiquitous as Robinson, Paige or Larry Doby, the first black player in the American League.

In fact, Ms. Diamond didn’t know about Stone, either, until she was recruited for the project by the producer Samantha Barrie and the play’s director, the Tony Award winner Pam MacKinnon. 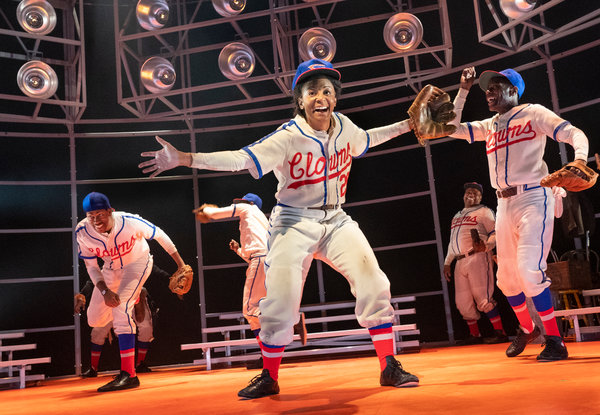 “I sort of was offended and shocked that I had not heard of her,” Ms. Diamond said in an interview after a recent performance at the Laura Pels Theater. “I felt compelled.”

Ms. Diamond’s works have often explored class, gender and race. She broke out with an adaptation of the Toni Morrison novel “The Bluest Eye” in 2006. “Stick Fly” marked her Broadway debut in 2011; “Smart People,” in 2016, brought Tessa Thompson and Mahershala Ali to Off Broadway’s Second Stage Theater.

And Ms. MacKinnon described Ms. Diamond as the right person for this job: “She sneakily puts context and politics into her play worlds. But they are so character driven. And her characters are so smart.”

“Toni Stone,” which is being presented by the Roundabout Theater Company, isn’t the first play about the title character’s life: In 1996, Roger Nieboer’s “Tomboy Stone” ran at the History Theater in St. Paul, Minn., where Stone grew up. (That was the same year Stone died at 75, leaving no immediate survivors.)

Ms. Diamond began her dive into baseball some four years ago, relying on the biography “Curveball: The Remarkable Story of Toni Stone,” by Martha Ackmann, as source material.

In her reading, Ms. Diamond discovered a singularly focused and unapologetic woman, obsessive about baseball statistics, who spent her life defying gender stereotypes — even as she was surrounded by naysayers, including her own teammates, in the Jim Crow South.

“I have the privilege of being able to try to unpack and deconstruct the way I move through the world as a person of color,” Ms. Diamond said. “She didn’t have the time to sit down and pull apart the politics of her existence. She had a thing to do. And she did that thing.”

“A League of Their Own” told the story of the All-American Girls Professional Baseball League. Because it was for white women only, Stone couldn’t participate in it in the 1940s, so she played on amateur men’s teams instead.

She was 32 when Syd Pollock, the owner of the Clowns, signed her to help with ticket sales, at a time when integration in the Major Leagues cut into the stature of the Negro Leagues. Stone took the roster spot of another baseball player you’ve likely heard of: Hank Aaron, who had left for the Milwaukee Braves.

Stone had already developed her skills alongside boys and men on sandlots in St. Paul. While viewed as a novelty act, she did pull off one of the most difficult feats for any baseball player at the time: She got a hit off Paige, one of the greatest pitchers in history.

Bob Kendrick, the president of the Negro Leagues Baseball Museum in Kansas City, Mo., said Stone’s career “deserves to be more than just a footnote in both baseball and in American history.” He grouped her with Mamie Johnson (known as Peanut) and Connie Morgan, who followed her path into the Negro Leagues.

“I think it speaks to the inclusive nature of what the Negro Leagues represented,” Mr. Kendrick said. “Quite frankly, they didn’t care about what color she was. They didn’t care what gender you were. Can you play? Do you have something to offer?”

Playing Stone onstage, April Matthis has the challenge of reciting scads of statistics belonging to players Stone admired. The role originally belonged to Uzo Aduba, best known from “Orange Is the New Black,” who departed the production last year because of a scheduling conflict.

Ms. Matthis impressed the creative team when she filled in for Ms. Aduba at a workshop, and the role eventually was hers.

Like Ms. Diamond, Ms. Matthis had never heard of Stone and wasn’t much of a baseball fan. As part of her preparation, she listened to audio clips of an interview Stone did in the 1970s.

The production, which is partially sponsored by Major League Baseball, also organized a trip to a New York Mets game, where Robinson Cano, a former All-Star and a second baseman (like Stone), gave Ms. Matthis pointers on stances and positioning. There were also trips to take swings at the Chelsea Piers batting cages.

As the only woman in a cast of 13, she is, in a small way, experiencing baseball the same way Stone did.

“I don’t have the same alliance that I would if there were another woman onstage with me,” Ms. Matthis explained over coffee before a recent matinee. “I’m in a different dressing room than they are. Toni couldn’t be in the locker room with the guys. She had to often change in the umpires’ rooms.”

Rather than follow a chronological arc, the play is more of a collage, depicting key moments and figures in Stone’s life. We learn that she excelled at figure skating at the urging of her mother, watch as she deals with racist and sexist taunts, and get to know about her marriage to a man several decades older.

Ms. Diamond said she felt an enormous responsibility to properly convey who Stone was.

“I want people to meet Toni Stone,” she said, "and for the play to have been worthy of what she represented.”

Sopan Deb is a culture reporter, writing about the intersection of politics and culture, among other topics. He covered Donald J. Trump’s presidential campaign for CBS News, and his work has appeared on NBC, Al Jazeera America and elsewhere. @sopandeb