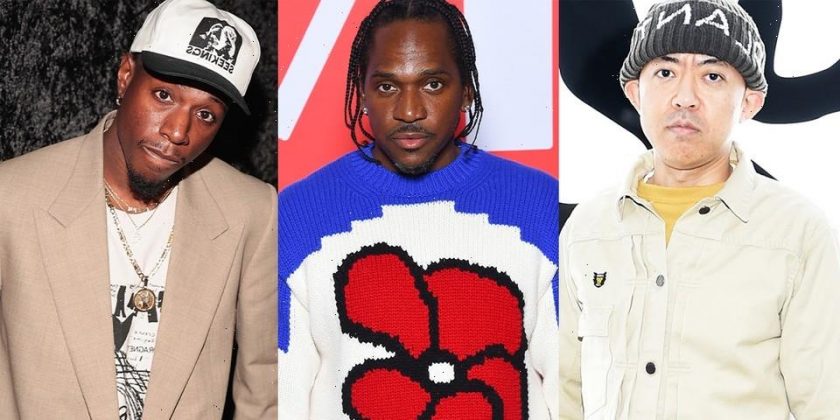 Joey Bada$$ delivers his latest Statik Selektah-produced single, “Head High.” The emotional track hears the rapper reflect on the close friends he’s lost, also honoring the likes of XXXTentacion and Capital Steez. “This is one of the best, purest & realest songs I’ve ever made. Classic Joey Bada$$ sht. Straight undeniable,” he shared on Twitter.

King Von – What It Means To Be King

The posthumous album of King Von, What It Means To Be King, is here. Billed as the late rapper’s followup to Welcome To O-Block, the record features guest verses from A Boogie Wit Da Hoodie, Dreezy, Boss Top, Lil Durk, 21 Savage, Polo G, Moneybagg Yo, G Herbo, Fivio Foreign and OMB Peezy.

Jack White and A Tribe Called Quest’s Q-Tip reunite on the new collab “Hi-De-Ho,” which is set to appear on the singer-songwriter’s first of two albums this year, FEAR OF THE DAWN. Fans can expect the first project to drop on April 8 while his second album, ENTERING HEAVEN ALIVE, drops July 22.

BADBADNOTGOOD’s “Open Channels,” which was previously only available on physical copies of their latest album Talk Memory, is now on streaming services with a black-and-white short film helmed by Sylvain Chaussée. The group’s Talk Memory record features from Arthur Verocai, Karriem Riggins, Terrace Martin, Laraaji and acclaimed harpist Brandee Younger, while its cover art was designed by the late Virgil Abloh’s Alaska-Alaska™ firm.

Adekunle Gold shares an accompanying music video for his Catch Me If You Can single, “Mercy.” Directed by DK, the visual is a reflection of the artist’s success as an international Afropop superstar and features a cameo from the legendary Nigerian Ghetto artist, Baba Fryo.

Morray and Cordae team up for the new collab, “Still Here.” Billed as “an anthem for the strivers and survivors,” the track hears the pair speak on their unwavering resolve to push through life’s obstacles and achieve the happiness and freedom the deserve. “Still Here” also marks the first new single from Morray since November 2021’s “Never Fail” with Benny The Butcher.

Dave unveils his first single of the year “Starlight” with an accompanying music video. His first solo release since July 2021’s We’re All Alone In This Together, which featured guest appearances from Stormzy on the previously-released single “Clash,” WizKid on “System,” Boj on “Lazarus,” Snoh Aalegra on “Law Of Attraction” and James Blake on “Both Sides Of A Smile,” the new cut is co-produced and co-directed by Santan Dave himself.

Blxst delivers his first single of the year with Zacari on “Sometimes.” “I’m sure everybody can relate,” Blxst said in a statement. “Trying to balance being in the field while making sure home is happy but sometimes it ain’t as pretty as you want it to be.” Zacari added, “First time I linked up with Blxst was at this studio house in Malibu and we made this song. te first night we met. Working with Blxst was hella easy, it was organic we’re both quick on the mic so it flowed. It was tight working with another young west coast singer, we boutta take over R.I.P Nate Dogg.”