With Daniel Craig’s time as James Bond coming to a close with the much-delayed “No Time To Die,” Hollywood pundits are buzzing about who could next take up the iconic role.

In advance of the film’s release this week, Ben Whishaw weighed in on prospective casting, telling Attitude magazine that he fully endorses the idea of a gay actor playing 007 in the future.

“It would be quite an extraordinary thing,” he said. “Of course I would like to see that. I really believe that we should working towards a world where anyone can play anything, and it would be really thrilling if it didn’t matter about someone’s sexuality to take on a role like this.”

“I think that would be really progress,” he added.

Watch a clip of Whishaw’s Attitude interview below.

Whishaw, who is gay, has never been one to play it safe with his artistic choices. “No Time to Die” marks his third performance in a Bond film as MI6 quartermaster Q, following 2012’s “Skyfall” and 2015’s “Spectre.”

In 2018, he starred as an adult Michael Banks in “Mary Poppins Returns,” and nabbed a Golden Globe the following year for his portrayal of Norman Scott, the ex-lover of British politician Jeremy Thorpe, in “A Very English Scandal.”

Shortly after his Golden Globe win, Whishaw said he felt the film and television industries had a long way to go before an “even playing field for everybody,” regardless of their sexuality or gender identity, could be achieved.

“I really believe that actors can embody and portray anything and we shouldn’t be defined only by what we are,” he said at the time. “I think there needs to be greater equality. I would like to see more gay actors playing straight roles.” 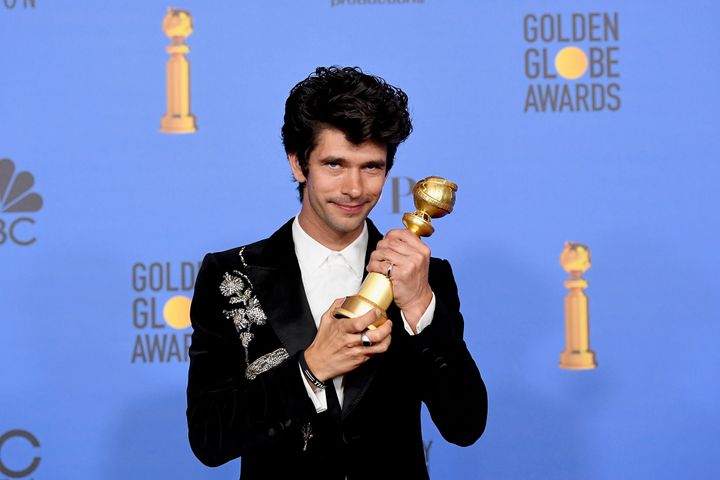 Whishaw’s latest remarks come after two gay actors, Jonathan Bailey and Luke Evans, have been name-checked in speculative media reports over who might play James Bond next. Bailey rocketed to fame last December as Anthony Bridgerton in the Netflix hit “Bridgerton,” while Evans is best known to U.S. audiences for playing Gaston in the live action version of Disney’s “Beauty and the Beast.”

Whishaw told Attitude it “would be thrilling” to see Bailey or Evans as 007. Still, he echoed the sentiments of Craig, Pierce Brosnan and others who have played Bond by pointing out that taking on such a high-profile role can sometimes have an adverse effect on the trajectory of an actor’s career.

“It’s not just the demands of the role,” he said. “It’s the demands of being Bond in the world and what it symbolizes and how it would change your life.”