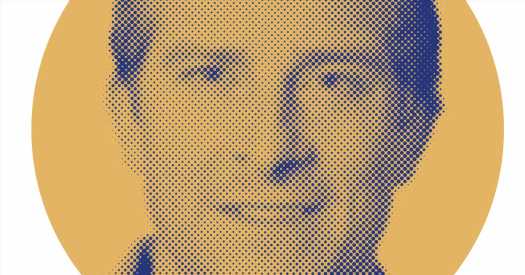 How does a survivalist navigate a pandemic? If you’re Bear Grylls, you head back into the wilderness, the better to escape the hazards of quarantining at home.

“It’s been a super challenging year, and we’ve had home-schooling a lot of the time,” he said in a call from Saint Tudwal’s Island West, off the coast of North Wales, where he and his wife, Shara, live in a lighthouse keeper’s cottage with their three sons. “I’ve found it pretty humbling, realizing my many inadequacies.”

Fortunately for his ego, Grylls excels in other ways. While most television and film productions were shuttered, he shot an entire season of his Nat Geo series, “Running Wild,” in which Grylls plops celebrities into some of the world’s gnarliest corners for 48 hours and helps them emerge relatively unscathed. Save for a little rope burn from rappelling down mountainsides and queasiness from munching on scorpions.

“We were a small and nimble team,” he said. “We could change locations on a dime. We could get these stars in and out quickly. And we could be Covid-compliant by having doctors who were also mountain guides used to working in remote, difficult places.”

Countries would open up for travel at a moment’s notice — during which Grylls swooped in with nervous celebrities — but then suddenly close their borders, forcing the crew to move elsewhere. And to double up on locations like Iceland, with Terry Crews and later Keegan-Michael Key, and the Moab Desert, with Danica Patrick and again with Danny Trejo.

“I’m proud that so many of these great stars trusted us, not only with their lives in the sense of the adventure side of it, but also with keeping them safe Covid-wise,” he said.

It will come as no surprise that many of Grylls’s cultural essentials reflect the joy he finds in nature and the thrill of jumping from perilous heights. Just don’t be shocked if you see him driving up to his local pizza joint in his amphibious boat while belting out Abba tunes.

These are edited excerpts from the conversation.

Storms bring out heroes, don’t they? And World War II was about as big a storm as we saw in that last century. It’s no surprise that so many of the great stories of sacrifice and love and endeavor are from that time. My days with the British special forces were some of the most formative of my life. They gave me a lot of the skills that I use to this day and they gave me a lot of the friendships that I have till this day. And those two things are fundamental to so much of my life.

2. “Mamma Mia!” and Other Cheesy Musicals I just go on my own and watch “Mamma Mia!” [Laughter on both sides of the conversation] You can’t laugh — that might have been a genuine answer. I actually probably would. But no, I used to secretly be delighted when my kids wanted to go and see a cheesy musical. I used to kick and scream but always love it. And I still to this day love musicals, unashamedly, and will weaken in the cheesiest of them.

3. Crust Pizzeria [Abersoch in North Wales] is our local community. And if you go offshore from there, you’ll see our little island. We go in often in the dark, in our boat, across the sea. We’ll pick up some pizzas and pile them back into our little boat and we’ll head off into the waves and driving wind and rain. They’re a wonderful team, and they’ve always been always incredibly kind to us. I travel a lot and I’ve had a lot of good pizza, but I still say these are the best — maybe because you’ve got to work so hard for them.

We have an epic, brilliant, super tough, Sealegs rigid inflatable boat. Aluminum hull, outboard, fast, military-style, can deal with any seas. All our boys have grown up driving it from a young age. They’re really competent. It’s actually amphibious, so you press a button and then the wheels go down, and you can drive up the foreshore, pick up the pizzas, turn around, drive back into the sea, put the wheels up and bomb across to the island.

4. Milan We spend quite a lot of time in the Swiss mountains. We have a little cabin up there. And my eldest son is going to university in Milan. So between the university and where we are are some of the most spectacular mountains on Earth. We have some amazing adventures up there. Milan is probably my favorite city because it still feels Italian and small. It’s obviously big, but it doesn’t feel scary. Rome can be quite intimidating, but Milan feels kind of cozy. The old part of it is still cobbled and has little trams and amazing buildings. And that’s what I love.

5. Verbier, Switzerland It’s amazing. We have some of the steepest mountains in the whole of the Alps there. It’s not like a ski resort where people come to holiday. A lot of mountain guides and ski people will go there, and they’ll have their families, and they’re building a great, adventurous, small mountain community. I love that our boys have grown up with it as a big part of their life as well. It’s a really special place for us. I champion Verbier front and proud.

6. Monte Brento in Italy Monte Brento was my first-ever big-wall BASE jump — a 3,000-foot sheer overhanging wall. I did it for the start of the “Captain America” Anthony Mackie [“Running Wild” episode on March 29]. I knew that as Falcon in the Marvel movie he jumps off stuff all the time. And I thought, It’s a perfect chance to do it — we’re filming near this place anyway. So we just dialed up the training and tweaked it a bit. Obviously it’s the sort of jump that you don’t want to be doing regularly. It’s definitely a higher-risk one. It all went well, and it’s probably the opening that I’m most proud of. It’s definitely the most dangerous thing we’ve ever done. I didn’t sleep much the night before. In fact, I didn’t sleep well for about eight nights before.

7. “Believe” by Mumford & Sons I’m never very good with music. I’m not one who knows the bands. But Marcus is a friend, and I love him and his music. Whenever anyone asks me my favorite song, I always make sure it’s a Mumford & Sons.

8. “Chariots of Fire” and “Greystoke: The Legend of Tarzan, Lord of the Apes” I love “Chariots of Fire” — I just love it all, the music and the story. When I run, I feel God’s pleasure. That’s my journey in a lot of life. When I’m out there, that’s where I feel connected. This is it. This is how I’m meant to live. And “Tarzan” is brilliant — again, all about that wild one inside us all, and to keep letting it out. Don’t bottle it up. Nobody has done a “Tarzan” since that has as good a story as that one. As soon as it becomes about six-packs, you’ve lost me. It’s like, Come on! This is about the growl around the dinner table and the running over the rooftops, screaming. This is what we all want to do, isn’t it?

9. Battersea Power Station I think it’s such an iconic part of London. When Shara and I first met in Scotland, we found out that we both lived in the shadow of the building. It’s been a big part of our life. I remember speaking to the people who were doing the renovation, and they said it’s truly been the Everest of architecture. It’s not like you knock it down and start again. To make it habitable, they’ve had to take every brick out and check it and put every brick back. The whole thing is being rebuilt with everything original. It’s a true feat of engineering. We bought a place there to have a base in London, but we haven’t moved in yet.

10. S’mores So many good memories and experiences have involved s’mores, from Scouting as a kid to having President Obama make me one in Alaska. I’ve seen the whole spectrum, and there’s something great about it. It’s that combination of the wild and doing something together. The fact that it’s always messy, the fact that it tastes amazing and the fact that it’s a little treat — and you’ve got to give yourself treats in life, regularly. More than you think.