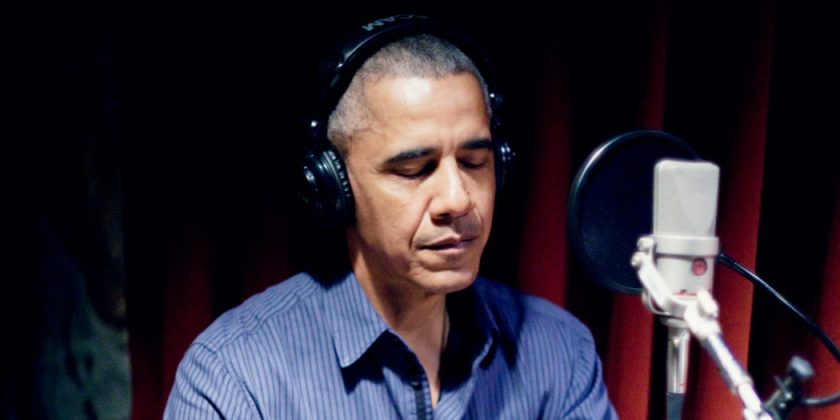 In the early hours of Friday morning, Lin-Manuel Miranda, the creator of “Hamilton,” released “One Last Time (44 Remix),” a gospel reworking of a song from the hit musical. Halfway through, Barack Obama — the 44 in question — appears, to deliver part of George Washington’s farewell address over some gentle guitar and piano.

“Though, in reviewing the incidents of my administration, I am unconscious of intentional error, I am nevertheless too sensible of my defects not to think it probable that I may have committed many errors,” he starts, lines that are likely to appeal to both Obama’s fans and his detractors.

Obama then goes on to read Washington’s celebration of retirement and being able to enjoy “the benign influence of good laws under a free government, the ever-favorite object of my heart.”

Just after releasing the song, Miranda posted a picture on Twitter of the former president in the studio.

The remix is the final installment in Miranda’s “Hamildrops” series of tracks relating to “Hamilton,” which began last year and raised money for several nonprofits. The track also features Christopher Jackson, an original “Hamilton” cast member; it was produced by the gospel musician BeBe Winans and Alex Lacamoire, the orchestrator of “Hamilton” and a longtime Miranda collaborator.

“One Last Time” is an appropriate choice for Obama. Miranda told The Hollywood Reporter in 2015 that the song owed a “very specific debt” to the president, as it was influenced by “Yes We Can,” a Will.i.am track that featured one of Obama’s speeches over acoustic guitar. Miranda and Jackson also performed the original “One Last Time” at the White House, in 2016.

This is not the first time Obama has appeared on a record. In 2015, Coldplay’s “Kaleidoscope” featured a snippet of Obama singing “Amazing Grace,” from his eulogy to the victims of the shooting at Emanuel African Methodist Episcopal Church in Charleston, S.C.