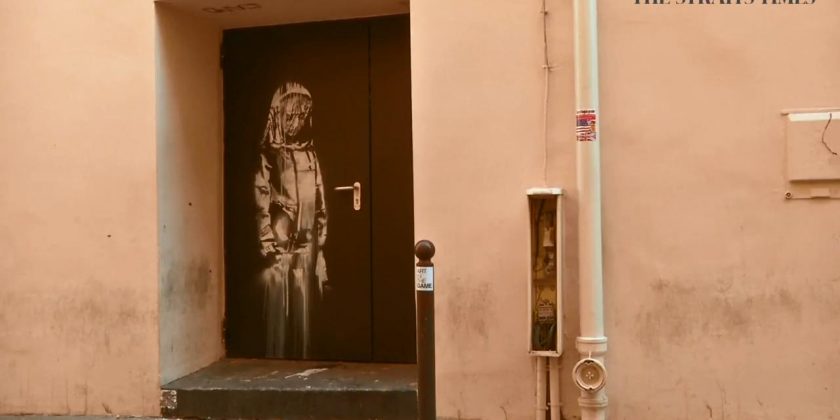 PARIS • This time, the “attack” in Paris came from thieves.

An artwork by street artist Banksy – paying tribute to the victims of the city’s 2015 terrorist attacks – has been stolen from the Bataclan theatre in Paris where 90 people were killed, the concert venue tweeted on Saturday.

“We are moved today by a deep sense of indignation,” the theatre wrote.

“Banksy’s work, a symbol of remembrance and belonging to everyone – locals, Parisians, citizens of the world – was taken from us.”

The Nov 13, 2015 attacks by members of the Islamic State in Iraq and Syria (ISIS) extremist organisation killed 130 people at the Bataclan theatre, cafe and bars in the east of the French capital, and in the city’s Stade de France stadium.

Local media reported that the image of a sad-looking female figure in white was painted on an emergency door at the Bataclan theatre.

The thieves removed it and took it away in a lorry.

Banksy posted an image of it on his Instagram account in June last year, seemingly confirming the artwork’s authenticity.

Works by the reclusive British artist are extremely popular and fetch high prices at auctions.

In October last year, a Banksy painting that was sold for more than US$1 million (S$1.35 million) at a London auction immediately shredded itself.

The artist said he had secretly built a shredder into the outsized gilt frame of the picture, activating it as the auction closed.