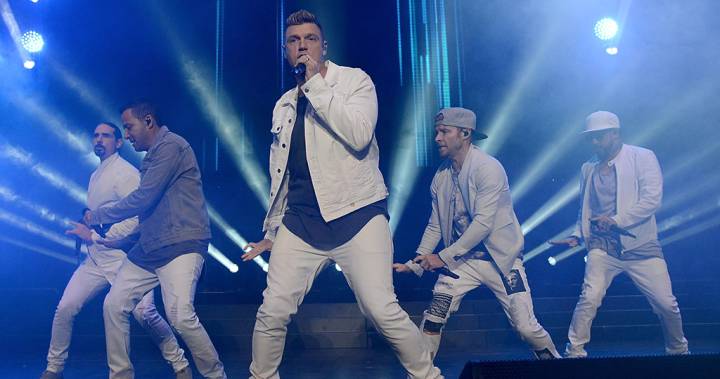 Friday feels Incomplete without new music — that’s why the Backstreet Boys have just dropped a brand-new song from their upcoming album, DNA.

Breathe serves as the fourth single from the long-awaited record. It showcases the raw and clearly preserved talent of the world-renowned boy band in the form of a unique and unexpected acapella.

This is the second BSB song named Breathe. The lads released an entirely different song of the same name on their last album, A World Like This (2013). DNA will be their first studio album since then.

Breathe was accompanied by a visually enticing lyric video, which depicts the narrative behind the song written by Ryan Tedder and Zach Skelton.

Canadian up-and-comer Shawn Mendes also had a hand in writing the soon-to-be hit.

BSB will celebrate their comeback with an exclusive album release event next Friday at the iHeart Theater in New York City.

Worldwide members of the official BSB fan club can enter a contest for a chance to win tickets.

The event will also be livestreamed across the globe by iHeartRadio at 6 p.m. ET.

Back in November, BSB revealed their plans for an extensive world tour. The summer trek will take them all across North America for 43 stadium-sized shows, seven of which will take place in Canada. It will be their first tour of this calibre in almost two decades.

The DNA tour will commence on July 12 in Washington, D.C., and conclude in Newark, N.J., on Sept. 15. Each concert ticket purchased will include a CD copy of DNA.

Along the way, BSB will stop in Ontario, Quebec, Manitoba, Alberta and B.C. for seven Canadian shows.

Backstreet Boys on ‘The Voice.’

DNA will be the group’s 10th studio album. It will be released under RCA Records on Jan. 25.