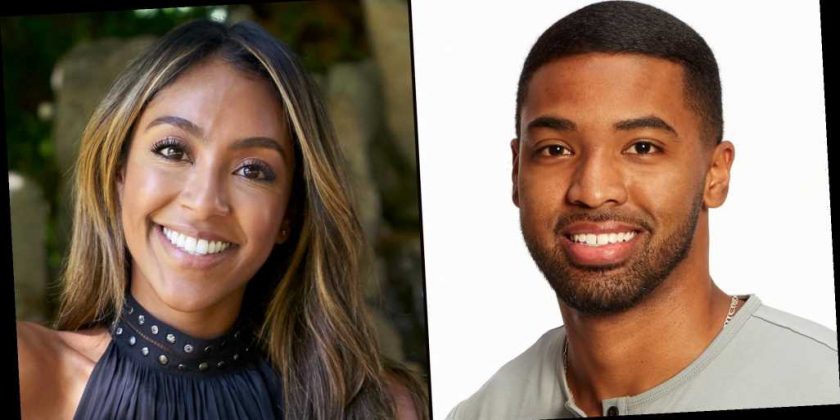 Spilling the tea. Tayshia Adams shocked Bachelor Nation when she sent Ivan Hall packing during the season 16 finale — and now the fan-favorite is speaking out.

After a season filled with twists and turns, the former phlebotomist, 30, accepted Zac Clark‘s proposal during the Tuesday, December 22, episode of The Bachelorette. Earlier in the night, some viewers were heartbroken when Adams said goodbye to Hall, 28, after briefly discussing their differences in religion. While the conversation was cut short on air, the Texas native stopped by Kaitlyn Bristowe‘s “Off the Vine” podcast to detail the dramatic end to his relationship with Adams.

“In this short amount of time, you have to have deep talks and talk about a lot of different things,” the aeronautical engineer said on the podcast episode, available on Thursday, December 24. “I was always trying to kind of calculate when I could talk about certain things with Tayshia. … In fantasy suites, I knew that would be our one opportunity to have hours and hours of uninterrupted time.”

The pair spent an overnight date in an old-school Airstream trailer and got to talking about how they hoped to raise their kids should they end up together at the end of the show. Hall admitted that he “knew” the topic of religion would come up “eventually” — and that they might not see eye-to-eye. While Adams is Christian, Hall identifies as agnostic.

“We hadn’t talked about it in the past but she said maybe once to me that she relied on her faith a lot,” Hall explained. “In the fantasy suite, that was really the first opportunity I felt like we could really have a good amount of time to talk about it. For some people who aren’t familiar with people who aren’t religious … it’s a lot to take in, honestly.”

‘Bachelor’ and ‘Bachelorette’ Engagement Rings Through the Years

As the Bachelor in Paradise alum parted ways with Hall, she informed him that religion was a big part of her life and that she couldn’t quite find a way to compromise on her beliefs. The goodbye came as a shock to viewers, who didn’t get to see inside the pair’s deep discussion. While many speculated on social media that Hall had revealed he’s an atheist, he emphasized that there’s a big difference between atheism and agnostic beliefs.

“[Being] atheist is taking a hard stance that there is no God and that’s not what I believe at all,” Hall said on the podcast. “Agnostic is strictly saying, ‘I don’t know,’ basically. That’s just how I feel. I feel like I don’t know and I honestly feel like no one really knows.”

Though he doesn’t consider himself a religious person, Hall noted that he doesn’t have a problem with anyone else’s beliefs. “My main focus are the moral and values that you have,” he said. “That’s what’s most important to me. And for Tayshia it’s something different, where she, I guess, wanted to date someone who is Christian. … It is what it is and I don’t blame her for it.”

Everything Bachelorette Tayshia Adams Has Said About Her Ex-Husband

Adams, for her part, attempted to shed more light on the breakup during a joint interview with Clark, 36, after their engagement aired.

“We utilized fantasy suites for what they’re really meant for. Yes, you know, there’s a stigma behind it. But also, it’s an opportunity to have conversations that you might not want to have on camera,” she told Us Weekly exclusively of her final moments with Hall. “And we had a lot of conversations about what we thought our future would look like, what it looked like raising kids and our beliefs and everything like that. So, religion is one thing that we did talk about, but we talked about many other things. And I feel like there were reasons why we both felt like, you know, it might not align.”